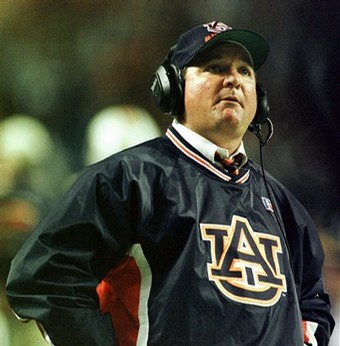 It must be hard to go through life smarter than everyone else.

Our old friend Terry Bowden is up to it again. The firing of his brother, Tommy at Clemson this week was just too much for him to keep his mouth shut. So you might imagine that he'd come rushing to his brother's side and defend him and say that Clemson made a big mistake.

Just as Terry was loyal to his players during the 1998 season, he's followed the same path with his oldest brother. This week, Bowden said that Tommy deserved to be fired from Clemson. Ouch! Here's part of what he had to say...

"So, did Tommy Bowden deserve what happened to him Monday?

He deserved it because he, of all people, knew what to expect when he got into this business. We grew up in it.

He knew what to expect when he went to Clemson. He knew that no matter where you go, there is an expectation of success that must be met. After nine years at Clemson, he knew exactly what those expectations were and he knew they had not been met.

Clemson expects to win the conference championship once in a while - and they should. After 10 years of falling short, they deserve the right to try to find a coach they believe can get them there."

Maybe Tommy Bowden deserved to be fired, but he still has more class than Terry ever dreamed of having and certainly deserved better from his brother. You don't have to write everything you think. What a joke - and a shame.