Walked Right Into Their Thread and Bitch-Slapped All of Them

Share All sharing options for: Walked Right Into Their Thread and Bitch-Slapped All of Them 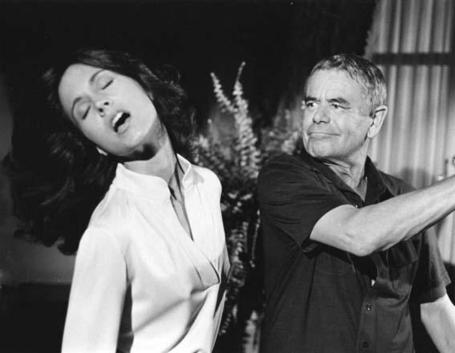 Our big sisters over at Roll Bama Roll (they must be, since they always call us Little Brother) decided they couldn't cause enough havoc over here, so they decided to have a little Fanpost called THIS IS WAR!! They were in there poking fun at our man Gumptown Tiger (clap, clap) for criticizing them for all that non-football crap they put on their site, trying to be like EDSBS, so I decided to give them a war. I'll give them a war they won't believe!

At first, I wanted to thank them for all the attention they were giving Gumptown Tiger, but then I noticed something peculiar about them (other than their grammar and spelling). A lot of them had pithy little signatures after their monikers--I guess in an attempt to blend in with the rest of their cheesecake/beefcake TMZ pics and articles. Anyway, I decided to kick it up a notch and let loose with this while they all (metaphorically) sat around with a dumb look on their faces:

I appreciate you guys...enshrining Gumptown Tiger in the TET hall of fame the way you did. I tell you, that kid is something special, and there's no way that we could have honored him quite the way you did. Many thanks!

Alabama judges its team by national and SEC titles. Auburn judges its team by how many times it beats Alabama. You tell me who the dominant team in the state is--Nose Gad. Alabama is. By five games...(and counting down) Got SEVEN???

With a female-IHOP, With the guys-Waffle House. With a female your pulling Wingman on-Taco Bell" ~ Comer4tide, on his favorite place to eat at 3 AM --Bama Returns 07 WEA: at the strip club buffet, where I met the little Bammer ho--why do you ask?

Hell, no! A tie is like kissing your sister! -- gomer4tide Yea, but you let it go further than that, you incestuous little redneck!

When you are an Alabama fan you have to hate Auburn, I hate Tennessee because i want to.--bammer And they both hate you back for going over to their sites all the damn time!

RBR's KING of HIP-HOP...--MrSpockJenkins You know, I got no answer for that, dog. You da man, mister Spock...Word to your bammer! Moron...

I hate everything orange It's all about Crimson - ROLL TIDE!!!--bamavicki That's strange, because that's the only color panties you own, Victoria--ORANGE!!!

So, you want a war? I just came into YOUR house and bitch-slapped all of you!! You wanna man-up (gal-up, Vicki) and come return the favor at my house?

Todd, you're not going to delete this or ban me, are you?