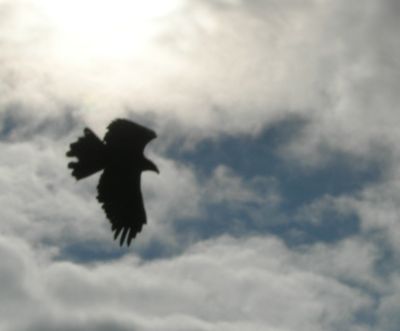 Tigers will soar again, in Tuscaloosa!

War Eagle, everybody! It's time now for the Acid Reign Iron Bowl preview! We've had two LONG weeks of Iron Bowl buildup, controversy, trash talking, and reminiscing about the great ones of years past. When the game kicks off, however, none of that will matter. History is just that. Streaks, records, none of it will make much difference. The players will play this game, and today, we focus on those Jimmys and Joes.

Looking back on all of my preseason forecasts, none turned out to be farther from the truth than my outlook for the Iron Bowl. Both teams have deviated SHARPLY from expectations on the field. Have matchup outlooks changed? That's not quite as clear, especially since Auburn has been an up and down team, for much of the year. Without consistency, it's been difficult to predict what the Tigers would do on the field. It's time for a fresh look, based on this year's body of work.

Matchups, after the jump!

Auburn defensive line vs. Alabama offensive line: This was expected to be Alabama's strength this season, and the big guys up front have not disappointed. Tackle Andre Smith and center Antoine Caldwell are sure-fire NFL picks, and Bama has been healthy all season, and has great unit cohesiveness. Auburn was expected to be great on the defensive front, as well, but injuries have taken a toll, starting with the loss of Raven Gray in the preseason. Auburn is said to now be the healthiest they've been all season. The marquee matchup, of course, is how Andre Smith will handle the pass-rushing skills of Auburn end Antonio Coleman. Coleman will win some of these matchups, but he HAS to keep backside contain against Bama runners. The more important matchup will be at right tackle, with Bama's Drew Davis taking on Auburn's Michael Goggins and Zach Clayton. If Bama can run equally well to each side, it will be a long day for the Tigers. Advantage: Alabama.

Auburn linebackers vs. Alabama runners: At the beginning of the season, some fans were wondering who would run it for the Tide, and if Bama's best threat, the diminutive Terry Grant could stay healthy. Instead, veterans Glen Coffee and Roy Upchurch have stepped up, and freshman Mark Ingram looks like a star in the making. All of Bama's backs are physical, and will take a toll on a small Auburn linebacker corps. Auburn's best run-stopper, Tray Blackmon, is out with a broken bone. Craig Stevens is probably the Auburn linebacker most able to take on big backs at the point of attack, but Stevens will have to fight through lots of good tight end and fullback blocks to make that happen. Middle and weakside linebackers Josh Bynes, Merrill Johnson and Chris Evans MUST attack the Tide runners. Simply standing in the gap this week, will not do. If Auburn is not aggressive at linebacker, Tide runners will roll. Advantage: Alabama

Auburn corners vs. Alabama receivers: Even as a true freshman, Julio Jones is the main man in the Tide receiving corps. He is big and physical, and Auburn has no one even NEAR his size in the secondary. The good news is that Jerraud Powers, who has great experience and technique, should be able to stay with Jones. If Powers can make plays and limit Jones, that will force Bama to look elsewhere in the passing game. Mike McCoy, Marquis Maze, and Earl Alexander are currently in the wide receiver rotation for Bama, and Auburn's Walter McFadden can match up with any of them. If Powers and Jones cancel each other out, it's Advantage: Even.

Auburn safeties vs. Alabama secondary receivers and quarterback: An Alabama advantage even previewing the season, this edge has become wider with solid play out of Bama's guys, and poor play from the Auburn side. Auburn safeties Zach Etheridge and Mike McNeil have been consistently a step late in coverage, and have had difficulty getting receivers to the ground. Matched up against Bama tight ends Nick Walker and Travis McCall, it could be trouble for the Tigers. Auburn will likely try to use freshman corners Neiko Thorpe and D'Antoine Hood to help here, but it's not likely to help much. If there's room to hope, in this matchup, it's the fact that John Parker Wilson has sometimes struggled when asked to move the offense predominately with the passing game. It's absolutely imperative that Auburn stop the run, and put the game on Wilson's shoulders, in the Iron Bowl. Big Advantage: Alabama.

Punting: Prior to the season, I felt that this was a clear Auburn advantage. Bama punter P. J. Fitzgerald has improved his average. While he's not considered among the elite as far as leg-strength, he's placed the ball very well. Over half of his punts have been fair-caught, or pinned inside the 20 yard line. Clinton Durst SEEMS to have a much stronger leg, and has similar placement stats, but Durst has been VERY inconsistent, tending towards short kicks early in games. On the average, Durst and Fitzgerald punt nearly the same distance, with virtually the same chance of a fair catch or coffin corner. On coverage, Auburn has a 6.8 yard per return average, to Bama's 9.3. Advantage: Even, on consistency.

Kickoffs: Both teams have struggled in this area, both with distance, and coverage. Auburn's Hull is averaging 62 yards, and Bama's Tiffin is averaging 63.9. Auburn has had FIVE kickoffs out of bounds, to the Tide's one. On returns, Auburn is giving up 21.5 per return, Bama is giving up 22.0. Advantage: Alabama.

Returns: Both sides sport dangerous returners, Bama has Javier Arenas, who has two punt returns for scores. Auburn has Tristan Davis, who has run two kickoffs back. Auburn also has Robert Dunn, who has a punt return for a score, and who has made other big returns in the past. Lately, however, Dunn has been dangerous for the other team, running backwards, or failing to field punts with room to run. Statistically, Auburn enjoys a 7 yard per return advantage in the kick return game, and surprisingly, the two teams have an equal punt return average. Slight Advantage: Auburn.

Placekicking: Auburn's injuries and kicking woes have been well documented. Auburn will either go with Morgan Hull, who has never attempted a field goal in a game, or the injured Wes Byrum, who is only 11 of 19 attempts, with several critical misses. Bama's Leigh Tiffin caught some heat for missing a few field goals here and there, but over all, he's 16 out of 23, with only one miss inside 40 yards. Big Advantage: Alabama.

Auburn offensive line vs. Alabama defensive line: Most of Auburn's line returned this season, but due to different conditioning regimens, and training, each guy is about ten pounds lighter. Fatigue seems to show up as the game wearson, and Auburn usually gets false starts and holding penalties late. There have been issues regarding knowing who to block, and how to block them, as well, with defensive tackles turned loose in the backfield. Easily the most disappointing aspect of the 2008 Auburn Tigers has been offensive line play. Alabama had apparent serious questions on the line going in, but with the emergence of monster 365 pound nose guard Terrence Cody, weakness has become strength. While Cody has eye-popping ability to collapse the middle of the line, it's the Bama ends who clean up, exploiting one-on-one blocking. Brandon Deaderick and Bobby Greenwood have combined for 59 tackles. When Cody goes out, Lorenzo Washington has been effective plugging the middle, too. Big Advantage: Alabama.

Auburn backs vs. Alabama linebackers: Auburn backs were expected to be the strength of the offense, but injuries have taken a toll. For the first time all year, all three Auburn backs, Ben Tate, Mario Fannin and Brad Lester are healthy, as is fullback Tristan Davis. The knock on Bama's linebacker corps going into the season was a lack of speed, but Bama answered that by putting lots of young players on the field. Rolando McClain was a freshman last season, often burned, but this year he's playing like a senior. Freshman Dont'a Hightower has played very well, and Cory Reamer and Brandon Fanney have played above expectations, as well. Fanney has been particularly dangerous lining up as a rush-end, and getting around SEC tackles. Auburn still will enjoy a speed advantage over the Bama linebackers, but it may not matter if the blocking is not there. Slight Advantage: Auburn.

Auburn receivers vs. Alabama corners: Kareem Jackson had a dynamite freshman season for Bama last year, and has played at an All-SEC level, this year. Javier Arenas, while a bit undersized, has also played well, with the speed to stay with anyone. Auburn's receivers were expected to benefit from new, previously un-used players, but attrition put the same starters as a year ago, back on the field, and even they have been banged up. Regardless of whether it's Rod Smith, Chris Slaughter, Montez Billings, or Tim Hawthorne, Bama's guys should control the outside passing game. Advantage: Alabama

Auburn secondary receivers and quarterback vs. Alabama safeties: Bama has an effective pair of safeties, Justin Woodall and Rashad Johnson, who play back, prevent the big play, and roar up to make good tackles in the open field. The two have nine interceptions between them. Auburn's leading secondary receiver, Tommy Trott, is out with knee surgery. Gabe McKenzie returns to add some beef to the tight end position, but Auburn will need huge games from slot receivers like Robert Dunn and Terrell Zachary, and from backs out of the backfield. The wild card will be the scrambling of Kodi Burns. It will be difficult to find open receivers in the Bama coverage, and Kodi will have to be careful with the ball, and make the most of his scrambling ability. Advantage: Alabama.

Any sane analysis would give Alabama the advantage in most areas, and an overwhelming consistency advantage. On defense, Auburn's line must play well, and the linebackers must make tackles. Auburn cannot let the Alabama running game get going. If the Auburn defense can turn the game into a duel between John Parker Wilson, and pass-rush/coverage, they have a good chance.

On special teams, Auburn must be consistent, no short punts, no turnovers, and have good coverage. A break-out return or two could be the difference in the game. Auburn needs to make critical kicks, as well.

On offense, Auburn's best chance will be to spread the field out, and actually use the wide-side. Alabama enjoys an overwhelming strength advantage up front, and Auburn will not be able to throw over the Bama secondary. It's critical for Auburn to use speed, power, and elusiveness on the corner, to move the chains, tire out the Bama D-line, and keep the Bama offense off the field.

Finally, Auburn should play their best game of the season, and fight Alabama to a standstill. In the end, a key turnover will decide it.

Prediction: Morgan Hull hits the first field goal of his career, to put away the Tide, 17-16.