Is Chizik Hiring A Lost Cause?

Share All sharing options for: Is Chizik Hiring A Lost Cause? 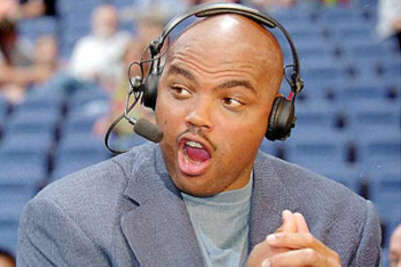 It's hard to believe its been nearly a year since that New Year's Eve night in Atlanta. Way back then things seemed so right with the world. Auburn fans were holding up six fingers to anyone who would look and they appeared to have just unleashed the most revolutionary offense since the wishbone of the 1970's. Who would have guessed a year later the Auburn program would be in near collapse?

This morning, Auburn is arguably the biggest story in the country and for all the wrong reasons. ESPN's Outside the Lines dedicated its second show of the week yesterday to the perceived snubbing of Buffalo coach Turner Gill by Auburn. Tony Kornheiser and Michale Wilbon kicked off their Pardon the Interruption program with the Auburn story. National radio show hosts Colin Cowherd and Dan Patrick devoted much of their morning on Tuesday to the question of whether Gill was passed over by Auburn because of racism.

Of course, all of this is being fueled by the comments made on Sunday by former Auburn basketball legend Charles Barkley who accused the University of racism in picking Gene Chizik over Gill. Barkley is an honorable man. He puts his money where his mouth is and he's entitled to his opinion. Look at Auburn's donor list and Barkley's at the very top, giving millions to his University. There are few who love Auburn more than the man from Leeds, Alabama.

Whether his comments are true is anyone's guess. I've always believed that when you scream racism you better have the facts to back it up. Maybe he does. A lot of Auburn people are upset by his comments. I'm not among them. I've written all week about a leader emerging to take on the Board of Trustees and free Auburn from this dictatorship.

I'm not suggesting Barkley's the answer and I happen to disagree with his opinion. But I do admire him for speaking out and putting his reputation on the line with the Auburn family. He's frustrated like everyone else. It's a shame that other prominent Auburn graduates cower to those calling the shots.

I believe that Gill was passed up not because of the color of his skin, but because of his determination to do things his way as coach on the Plains. There can only be one boss of Auburn football and it's not the football coach or the athletic director. If you can fall in line with that philosophy you are set. If not, you're fired after winning 85 games in 10 years.

As this story continues to mushroom, the odds of Chizik being able to succeed becomes less likely. The public outrage by Auburn fans has now shifted to public scorn by sports fans across the nation. Is this unwarranted? Without question. But it is what it is. There's talk now of minority groups contacting black athletes and asking them not to attend Auburn because of the perceived slight to Gill. It's hard enough to mix it up with Nick Saban and Mark Richt. This adds a whole new level of difficulty.

Meanwhile Auburn fans continue to struggle in their acceptance of Chizik. Details are already emerging about the relationship between him and Tommy Tuberville. It's being widely reported that the rift results from Chizik supposedly agreeing to remain as defensive coordinator when Bobby Petrino was offered the Auburn job back in 2003. For those who still love Tuberville, this makes it harder to accept the new coach.

As one columnist noted yesterday, had Tuberville really resigned and was in fact working for Auburn President Jay Gogue, shouldn't he have attended Monday's press conference? We all know the answer to that question.

Speaking of Gogue, has there ever been a more clueless and spineless school president in Auburn's history? How weak must one be to duck out of a press conference that was a lot of his making? Those close to him say he's stunned at the reaction by Auburn people. Judging by the look on his face at the airport over the weekend, he also overmatched for the job. He could heal a lot of wounds by stepping down now.

The big question is whether things will get better over time. Will this story fade away and will Auburn manage to sign a decent recruiting class? Will the majority of Auburn fans fall in line and support Chizik? What happens if Auburn falters again next year? Will Chizik have the equity to survive? Will Jacobs and Gogue be shown the door?

This is not a pretty picture. Auburn fans are in the unenviable position of trying to support a new football coach while working hard at the same time to run off the athletic director and university president who hired him. I'm not sure that's mentally possible.

Meanwhile, Chizik continues to barnstorm the South trying to hold on to recruits. As Auburn people, all we can do is continue to compartmentalize the two issues - standing up and supporting Chizik while working tirelessly to rid our university of its current administration. It's a test of everyone's character. It won't be easy. It's time for your voice to be heard.