Share All sharing options for: CSI Auburn: Examining the Evidence 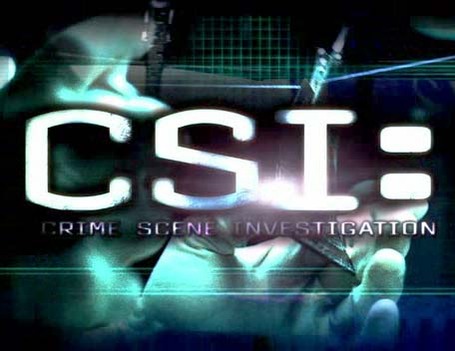 After the whole Auburn canoe was capsized last week from the big hippo in the water that is our administration, it's been a pretty severe five days hence. To the shock and utter dismay of most in the Auburn nation, our world was turned upside down suddenly and abruptly, and what is now readily apparent is that last week involved a bluff, calling it, and someone leaving with all the chips. There may have been some sort of contest involving urination, too. The one thing we do know for certain is that neither side had a contingency plan for what to do next.

Look, I'm not an insider. I don't profess to know exactly what happened last week, but I don't have my head in the sand, either. I'm just a detective sorting through the evidence trying to solve this crime. What I've heard is that Tubs had been given non-official assurances that he could stay. He might have been given the green light officially in his meeting with Gogue on Monday. Where the problem came was with his first meeting with Jacobs on Tuesday. Again, rumor has it that Tubs knew going in that he was going to have to make some unspecified number of coaching changes. I'm guessing he was told that number on Tuesday and didn't like it one bit, hence the return trip on Wednesday, after getting to sleep on it.

Maybe that when Tubs met again with Jacobs, he told them he wasn't going to fire all the staff that he was instructed to. As to whether or not this was within his power as HC is uncertain, but regardless, the administration had a big problem with it, resulting in a stand-off. Tuberville may have just told them, "fire me", and they may have called his bluff. Maybe Tubs said that he was done with all this, and that he would 'resign' with his buyout in place. I'm guessing the former scenario, but with some consideration given to appearances; i.e. each side covering their asses.

That the administration couldn't work things out with an extremely popular coach who had the second best record on the Plains in the last 30 years is deplorable. That they would do so in a manner where they constructed some sham story about his resignation AND fail to have a backup plan, (read: another coach) is strictly amateurish, and as a result, the fallout shouldn't just end with the head coach. I want the whole chain of command.

Tommy Tuberville has requested his retirement from the university and will be spending his days in a hunting lodge in Arkansas with 72 virgins...

There is no Tommy Tuberville inside the city limits of Auburn. We crushed his intrusion onto Tiger soil at the Auburn/Opelika airport, praise be to Allah....

Allah willing, we will find a replacement coach soon, by either poaching one from an infidel school or hiring an unqualified one...

If you're Auburn officials, what's so terribly wrong with telling the truth? We reached an impasse with coach Tuberville and have decided to make a change. Are they afraid that it might give them a bad reputation or something? I think that Dick Nixon was a little sensitive about his reputation five years after Watergate, too. OF COURSE it's not going to be a popular decision, but you don't compound it by telling some hokey story THAT NO ONE BELIEVES!

And don't think that I believe Tuberville is an angel in all this. Maybe he could have done something to stave off this divorce, I dunno, maybe sleep on the couch a few nights, maybe bring home some flowers. I thought we had converted him into a true believer. All I do know is that he's not talking and he had six million reasons why he didn't have to do anything. Only his mama knows for sure at this point.

But how do we know that the administration had no plan in place IF they had to fire Tuberville? Because it's Monday and we still don't have a coach, that's why. You don't play a few hands of Arkansas Hold 'Em with a six million dollar pot and not have some other plan when someone scrapes your cash off the table and decides he's going home. It's the only game in town!! What are you going to do now, Auburn?

There's not exactly a bumper crop of coaches out there. You quickly send word to the hottest name out there, Leach, but you quickly rebuff him after 2 days. You send word to the worst possible choice, Petrino, out of spite for Tuberville, and in your haste you quickly get some coaches some new contracts--Nutt and soon-to-be Paul Johnson. Cool. You can throw a little weight around, but at the end of the week, we still don't have a coach.

Now you're back to square one, with new interviews this week, including some political cover by interviewing some alumni, Rodney Garner and Pat Nix. Although both are fine coaches, it's doubtful that either one is ready for stewardship of a program like ours. If you're going for the alumnus angle, you might as well hire Pat Sullivan out of Samford. At least he's got HC experience, but you can't shake the feeling that any of them would feel like Mike Shula hires...

We've got some serious soul-searching to do as a school. We're turning an otherwise respectable program into something that makes potential coaches a little squeamish about coming here. Auburn shouldn't be any person's or small group's little fiefdom to govern as they see fit, it should be under much broader control. We've all seen what happens when you have a small band of individuals with power micro-manage the football program. All you had to do was look west to Tuscaloosa at the coaching debacles the last 25 years. Now they've consolidated that power into ONE person, the coach, and look at the dividends it thus far seems to be paying. If we don't pull our act together, we face finally stepping outside of Alabama's shadow and rising to the top in one category: coaching quagmire.