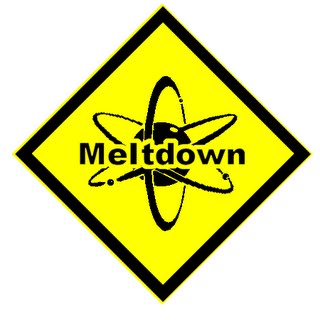 Just thinking out loud here about the woes of a first-year coach and a possible tale of two coaches:

Both of their previous two year stints as a head coach left a losing record. They were both hired under tremendous controversy. Both placed a renewed emphasis on recruiting, with the first having his first recruiting class ranked nationally by Rivals, Scout and ESPN as 10th, 22nd and 17th, respectively, and the other, 9th, 16th and 25th. The first one started out with three straight wins, and midway through the season was 6-2, including 4-1 conference. The second started out with five straight wins, but dropped the next three, and was 5-3 midway, 2-3 conference.

Only an idiot would have made it this far and not realized we were comparing the opening seasons of Nick Saban at Alabama and Gene Chizik at Auburn. How close do they run? It's hard to tell yet since Chizik's inaugural run on the Plains isn't complete. Let there be no doubt that Auburn and it's fans are circling the wagons, trying their best to see this losing cycle end. But can it be as bad as the meltdown suffered by Saban and the Tide to end the 2007 season?

Alabama dropped their final four regular season games, including three conference, before pulling out a victory over Colorado in the WeedeaterBowl. They finished 4-4 in the SEC. We're at 2-3 now, with conference games against Ole Miss, Georgia and the Gumps. At the rate we're going, a 2-6 or 3-5 SEC mark is certainly a possibility. 4-4 would be considered virtually miraculous, as would a trip to Shreveport or Nashville. Slight Advantage--Tide.

Yet, we have FCS Furman looming on the schedule. Dropping that game would be about the worst thing that could happen and would defintely land us under Alabama in tanking our current coach's first season. Those were the sentiments in Tuscaloosa right before the Tide lost to Louisiana Monroe and their squad of LSU rejects. Something like that is enough to derail The Process completely. Something like that makes coaches invoke comparisons to 9/11 and Pearl Harbor.  Something like that is MUCH worse than getting Croomed at home--unless you get Croomed in Starkville--right before said loss to other FBS state-of-Louisiana school. Advantage, pending a pummeling of the Paladins on the Plains--Auburn.

So what about a tale of two blogs? Readers at TET will note that we contributers and commenters have agonized over our recent failures and tried earnestly to scheme solutions, support our team, and critique ourselves in a most frank, gut-wrenching way. We endure some Bammer trolls who drop in to make snarky remarks, reveling in their team's recent successes and exhalting in our recent failures. How short their memories must be--about as short as their tenure in the blogosphere, which they probably came crawling into about halfway through the 2008 season. But where were they in 2007, all these big Tide supporters?

While the foundation of TET was still with Jay at Football Saturday in the South and the Auburn Fanhouse, SB sister blog Roll Bama Roll had been up for two whole years and running many threads about Saban's opening season. Most stories promulgated the hype surrounding his hiring and his early wins, but what happened when the losing started?

November 3rd, 2007:  LSU 41, Alabama 34. The immediate post game writeup consisted of this (Sorry I'm printing the entire text. Please don't report me for copyright infringement. I would have posted just a blurb, but the whole thing was just  a blurb.)

Oh well, what can I say? I could complain about the replay officials, but we really shouldn't have even been in that game. LSU is a good football team, and once again they did what good football teams do, pull themselves out of a whole by executing and simply beating the other man. My hat is off to them, and hopefully they will represent the SEC in the national title game. More tomorrow.

But the only thing that came tomorrow was Katharine McPhee.

November 17th, 2007:ULM 21, Alabama 14. Finally, some gut-check analysis. How many Auburn fans commented to rub it in on the worst loss in modern Alabama history? None. More McPhee pics than Barner trolls.

November 24th, 2007:Auburn 17, Alabama 10. The 4th loss in a row in one season, the 6th in a row to Tuberville and the Barn. Some substantive post-season analysis, but mainly just more of the same TMZ-style dribble.

So, who did the worse job of quitting that year, Alabama's team, coach, or their bloggers? You may not always agree with the content here at TET, but there is one thing that I can guarantee you: that we will always hang with our team even through the depths of despair. We won't desert you for Rachel Bilson or Katherine McPhee or Hank. We take pride in our successes yet air our dirty laundry publically for all to see. We analyze the good, the bad and the ugly on both sides of the ball, in the locker room and in the stands. We take our lumps and dish it back out in kind when it's warranted, but never forget our prime purpose--Auburn football.

While some fans of a certain school may relish in reveling our losses, they shouldn't forget just how long removed they are from a similar fading fate. How many will stick around again when times get lean? Probably not many for the school that pioneered the phrase Dirt Road Alumni. The Million Dollar Bandwagon doesn't run forever, especially when you score one TD in the last 10 quarters and rely on low-hanging fruit field goal blocks to win games. While we welcome all respectful fans to participate at our site, remember that schadenfruede is a German word that means two-way street. Don't get hit in a head-on on the strasse!