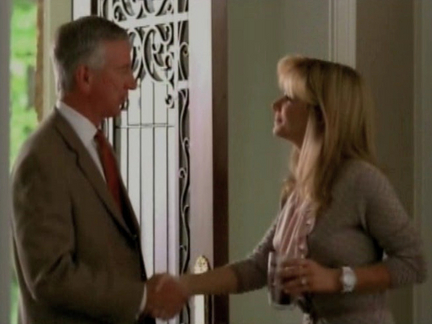 Tommy Tuberville would like to do more than appear in movies.

A year ago yesterday the unthinkable and yet inevitable happened at Auburn. Tommy Tuberville was relieved of his duties as head football coach. Almost immediately following the firing, Tuberville vowed to get back in the game. His plan has always been to take the 2009 season off and jump right back into a big time coaching gig. The question now is whether there are any out there for the taking.

Talking to Fox's Chris Meyer the day before the Georgia game, Tuberville said he spent a good part of the season visiting programs around the country studying coaching philosophies. He reiterated his pledge to coach again in 2010. With the college hiring season in full swing, Tuberville is finding the job market much like the rest of American job seekers - scarce.

The few high profile openings are at Notre Dame, Virginia, Louisville and Kansas. There's not likely to be many more in the coming weeks. Of the four openings, Tuberville's name is most associated with Louisville and Virginia. Even at those two schools, he's one of many vying for the post. The former Tiger coach is learning that being gone even a year tends to push your name to the back of the pack of candidates.

Tuberville now finds himself in competition with coordinators from successful programs like Florida's Charlie Strong. There's also competition from coaches at smaller programs trying to make the big time like Richmond's Mike London and Al Golden at Temple.

Then there are the other former coaches like Phil Fulmer, Dennis Franchione, Gary Barnett and Glen Mason. All want back into the limelight. For the first time in recent memory there will be no openings in the SEC at year's end. South Carolina's Steve Spurrier appears to be safe and Kentucky's Rich Brooks looks to be headed back for another year in Lexington. Should he leave, coach-in-waiting Joker Phillips is poised to step in for the Wildcats.

Tuberville likely would be at the top of the list at schools like Clemson, Texas A&M and Central Florida. Unfortunately for him, all three programs turned their fortunes around mid-year and no changes are expected.

A hot rumor on the Georgia message boards earlier this week was that Mark Richt was going to make a strong push for Tuberville to be his new defensive coordinator following the firing of Willie Martinez on Wednesday. Don't bet on it dog breath. The days of Tuberville working for another coach are gone forever. Besides, Richt will likely find himself in the same position within the next two seasons.

It looks like two former Auburn head coaches will share the same zip code for another year. Maybe Tuberville and Pat Dye should do a daily sports radio show. Now that would be entertainment. Of course, you'd have to put them in separate rooms to keep the peace. Dye could talk about why the wishbone will still work in the 21st century and Tuberville can convince listeners that his version of the spread offense is better than Gus Malzahn's.

It would sure beat Paul Finebaum and Jay Barker.