Saban Honeymoon Over. Tide Fans Have Tasted It

Share All sharing options for: Saban Honeymoon Over. Tide Fans Have Tasted It 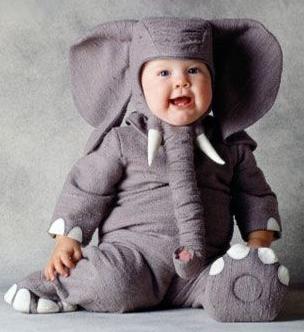 I was cleaning out the nightstand last week of old magazines to recycle when I came across one I'd purchased last summer, Yea, Alabama 2008: An Annual Guide to Crimson Tide Football. I remember running across it in the book section at Sam's Club and was drawn to it because it had been compiled by Todd Jones and the guys over at Roll Bama Roll. I thumbed through and despite Todd not including any celebrity hottie centerfold pics, I decided to buy it anyway, probably for the same reason I used to read my girlfriends' Cosmo magazines--because I believed there might be some classified intel the enemy was carelessly leaving unguarded, ready for me to decipher. Yea, that and I thought I was sticking it to them for only paying $7.00--a little over half of the asking cover price! Sticking it to the Man.  I haven't found a bigger bargain on Tide reference material since I bought that VHS of The Bear for one dollar at a garage sale a few years ago.

Overall, I thought they did a real good job on it. They even included some articles by some rival bloggers, although no one from Auburn was represented. That would have been a good gig for Jerry over at the Car Wash.  He's probably more diplomatic than the rest of us, and he doesn't bitch about national championships quite as incessantly as I do. It was fun to go back and reread some of their predictions and hopes for the 2008 season after the fact. Most of it bordered on a lovefest for Saban, but what else could you pin your hopes on after the end-of-season collapse in 2007? Most rational fans, including Barners, knew that Saban was going to turn around Alabama football, but what no one knew was how long it was going to take, or even better, how long the Tide faithful were willing to give. These guys were optimistic, but definitely not to be confused with Nostradamus on their predictions for a time table on turnaround.

Few fans are as fickle as post-Bear Bammers are, and their coaching dysfunction has fed upon itself the last two and a half decades. Once they cut the lineage to Bryant requirement, they should have been fine, but passing flirtations with outsiders Franchione and Price surrounded by costly alumnus hires DeBose and Shula the last decade decimated the Tide. Hey, don't try and blame Tuberville for your woes, you did all that on your own. Most of us have forgotten how desperate Alabama was to get Saban after two painful rebuffs from Spurrier and Rich Rodriguez, mainly because Tide fans haven't quit trying to rub it in everyone's faces, but the 4th and 10 Hail Mary thrown into the end zone in Miami two years ago was caught. Now we're all patiently waiting for the signal from the ref for the call.

Saban's arrival in Tuscaloosa represented a quantum leap in the dynamics of college coaching. Not only was the threshold in salary totally eclipsed, but so was any measure of how much control a head coach should be given. The ramifications to college football with this new coaching arms race still aren't known, even though most fans not wearing Crimson and not named Jimmy Sexton probably believe that it will eventually have a negative effect, even if Saban is madly successful at the Capstone. I wish they had some better cliche's for me to use, but Saban at Alabama appears to be a 'perfect storm'--one that might blow itself out, or blow right through college football.

To be perfectly blunt about it, Saban peaked way too early in his rebuilding efforts with the Tide. By any rational estimate, including most Alabama fans', he was about a year or two ahead of schedule in 2008. Good for him. Most Bammers were understanding in their disappointment in not winning the SEC and losing in the Sugar Bowl. "We didn't expect to get that far"  was the line from a lot of them, but you can't help but wonder if they weren't really starting to accept results like that as a given and be secretly coveting even more. Their joy in knocking Auburn off it's pedestal in the state cannot be underestimated and the Gumps are now looking to start their own collection of fingers.

But let's get back to the original time frame that Saban tacitly received when given his mandate in Tuscaloosa. If he would have told them 10 years, most of them would have bought it, given the state of despair at the time. Most probably thought four years for the Tide's own version of Change You Can Believe In. That's the customary interval for disaster rebuilding as it gives a chance for new recruits to start paying dividends in the system. Some even bemoaned the thought of Saban leaving himself within four years for greener pastures, even though fewer realized that same time frame was basically the average tenure for an Alabama coach the past two decades. And considering the power that Saban was given to run the program, even some believed that he might establish a dynasty in his own right for years to come.

Of all the adjectives you can use to describe Alabama fans, one of the most accurate (and polite) is deserving. Tide fans feel like they deserve gridiron glory. Can't really blame them. They are the most successful team ever in the SEC. They feel like they deserve success as their birth right. Few realize how hard it was to achieve all that. No current undergrad student at UAT was drawing breath in this world when Bear Bryant was alive. To them, he's just a name on a stadium, or a hat style. But most of them fully relish an inherited regal claim on southern dominance they believe is rightfully theirs, and in the end, it may be their downfall. Little is forsaken quicker than that which isn't earned by one's own merit.

So what are the expectations of the fans for this fall? Even better, what about before that? After the Alabama-dominated site Rivals.com hoisted up a recruiting national championship banner for the Tide last year, you better believe the expectations for uber-recruiter Saban were higher this recruiting season--so high that maybe a little scoring controversy was evident. Luckily for the Tide faithful, Saban came through again, further elevating Crimson Tide Pride. But what had that not happened? What if they had only managed a top 20 class? You may laugh, but crimson pride is a very tender thing.

The crowd of 92,000 at the 2007 spring game was unheard of, and served to trumpet the return of dominance in Tuscaloosa. Although last year's spring game had some problems with a concert going off, nobody thought anything of the slight drop-off in attendance. But what about the game in two months? These are the 2008 western division champions. It should be an all-week affair. Will it not be considered abject failure in the minds of naysayers if 100,000 don't show? This is what happens when the bar is set so high, even for something previously thought as mundane as A-Day. Could it not have a ripple effect in the fall, this perceived let-down?

Few Alabama fans think that 2009's team will do anything less than repeat with a December visit to the Georgia Dome and challenge Florida again for the SEC. But what if that doesn't happen? If the Tide fails to win the west, how bad will that be? All the other variables in the equation are known--recruiting, coaching and pride. Just ask them.  But what if the = winning doesn't balance out the other side of the equation? What if the regular season ends 8-4? Who could have seen that coming? That's what 2008 was supposed to be. I think that most Tide fans could stomach it, but it would begin to sow the seeds of doubt in some of the fair weather fans' minds. Slowly but surely...

So where will Alabama fans draw a line? What are the goals for the next three years? Precedent has been established. Saban was in the backwater of Baton Rouge (to Tide Fans) for five years. He won 2 SEC and 1 national crowns. What if he can't win the SEC at the Capstone in five? Or win more than one, much less a MNC? There's not a Gump alive that would want to play second fiddle on a Louisiana Saturday night. No way. Saban's supposed to improve with all the resources at Alabama! Never mind that the SEC is the toughest conference in the land with rapidly improving parity that will make it extremely difficult for repeat champions for the foreseeable future. We haven't had one this decade.

Continued success at Alabama will have to come in spite of the toughest competition the conference has ever seen and in spite of the most critical fans in the business. The expectations are so high for Saban that if he doesn't elevate the program to a point where they contend virtually every year for a MNC, the fans will start to lose faith. They will resent his faltering ,especially considering the vast amount of control he was given. The fans are caught up somewhere in between realistic goals and the yearning of deserved prominence.

Saban has but one option with the Crimson Tide: continue winning at a level unseen in our conference since the days of the Bear, lest he become a victim of his own success and his own hype. There's no letting him off the hook now. The program has been perceived to have been brought so far, so fast. Two more seasons without winning the SEC championship and Saban is done. Many haters would remark flippantly that he would leave for greener pastures before they ran him off, but I think that it will ultimately be by the hand of the Alabama faithful and their boulevard of broken football dreams.