Share All sharing options for: Auburn Women's Basketball Set to Face Lehigh in First Round of NCAA Tournament 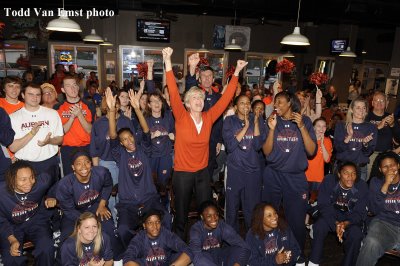 AUBURN, Ala. - For the 18th time in school history, the No. 8 Auburn women's basketball team will go dancing in March as the Tigers were awarded an at-large bid to the 2009 NCAA Tournament. Auburn (29-3), the No. 2 seed in the Oklahoma City Regional, will take on Patriot League Tournament champion Lehigh (26-6) in the first round of the tournament.

The game will take place at the Louis Brown Athletic Center, on the campus of Rutgers University. Auburn and Lehigh will square off in the early game on Saturday, March 21 with an 11 a.m. tipoff. The game will be televised on ESPN2.