Auburn Heads To Tuscaloosa To Win and Do A Little Singing

Share All sharing options for: Auburn Heads To Tuscaloosa To Win and Do A Little Singing 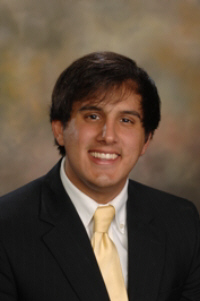 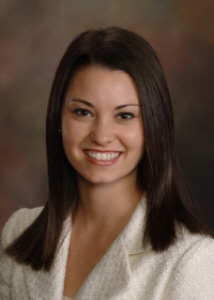 Will it be Watkins or Hayes who gets the honor tomorrow in Tuscaloosa?

Only in Alabama.  Only in Alabama can your community suffer through a tornado one day and then get three inches of snow the next. There are not many places that can claim that distinction. But it happened here in East Alabama over the weekend. There's been a lot of hardship the last 48 hours, but thankfully everyone lived to see another day - and a snowy one at that.

Tomorrow night in Tuscaloosa the Auburn basketball team plays its biggest game in nearly a decade. In fact, from here on out every game will be its biggest. Hopefully you took some time Saturday to watch Jeff Lebo's team manhandle a pretty good Miss State team, 76-58. Now it comes down to two games.

There's been some spirited debate here at Track'em Tigers over how many games Auburn must win to get a seat at the big dance. Most agree that a win over Alabama tomorrow followed by a victory over LSU Saturday is a must. Doing so gets the Tigers to 21 wins and more importantly gives them 10 wins in conference play.

Should Auburn accomplish this - and it's going to be no easy task, they likely will have to win a minimum of two games in next week's SEC Tournament. At least that's the consensus of most basketball fans. It's amazing that 21 regular season wins and second place in the SEC West gets you nothing this year. But let's not forget that Auburn is fighting something it doesn't have to in football - tradition. Say what you will, it's going to be a factor. There are a lot of traditional powers sitting on the bubble that will get first look.

So there you have it. The odds still look to be long. Lebo's players must win out and then claim two victories in tournament play. Let's not forget Auburn will likely get a first round bye, meaning they will need to play themselves into the finals to get a look by the selection committee. But let's not get ahead of ourselves; don't forget the importance of the season sweep of Alabama.

Speaking of Alabama, tomorrow is pay up time for Auburn. As I'm sure you are aware, each year the losing SGA president of the Iron Bowl must make the trek to the winner's home arena to sing the school's fight song at halftime. Considering this year's Auburn seniors were in ninth grade the last time the Tigers lost to Alabama, it's doubtful anyone remembers the trip.

I'm still unclear of who will get the honor of representing Auburn and teaching the Alabama undergraduates the words to their own fight song. Jacob Watkins was elected the new SGA president last month, but it's unclear whether he or outgoing president Lauren Hayes will get the call.

I have one piece of advice: show your class. Be a good sport and represent Auburn to the best of your ability. Don't act like some of the Bama turds who've journeyed to Auburn over the years and made fools of themselves. And don't forget, there are thousands of Auburn people who have your back. War Eagle!