AP Poll Results for the SEC Over the Years

Share All sharing options for: AP Poll Results for the SEC Over the Years 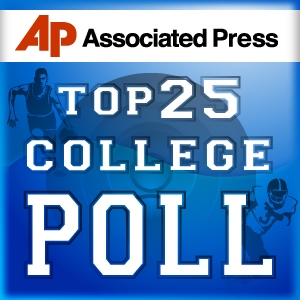 While researching some numbers on the AP College Football Poll's own site recently, I noticed that they were closing in on 1000 weekly polls since it's inception on an annual basis in 1936 (989 to be precise), and thought that it might be fun to take a look at how teams from the SEC have done throughout that period. If you recall, the AP poll debuted in 1934, took 1935 off, then picked up the following year and has run every year since. In 1989, it expanded from it's historical 20-team poll to the top 25 ranking that we have today. You can play with the site and isolate different decades, or any number of other variables that you wish. It's a great tool if you're a stats guy like me.

Looking back, the SEC did about as well as you would expect them to do, but Auburn did I lot better than I imagined. Although the SEC's top team only ranked 8th nationally, the conference does have seven of the top 19 all-time teams.

For SEC teams, the ones in the top 25 all-time, according to total weeks appearing in polls, along with the average ranking:

I must say that I'm surprised that Auburn ranked ahead of Georgia in not only the number of weeks ranked in the polls, but in average ranking, too. Georgia has been the historic #3 team in the conference, but they allowed themselves to be bypassed by not only us, but Florida as well. The bulk of Arkansas' success was probably minted back in their old Southwestern Conference days as they've had mixed success in their 17 years in the SEC thus far.

So you want to move up the power rankings and look at Top 10 poll results? Surprisingly, the results only vary a little:

Once again, the SEC barely cracks into the top 10 with any team, yet puts 7 teams in the top 18. Auburn again places 4th in the conference in this category. And you thought the polls didn't show us any love?

And for the final comparison, rankings in the Top 5, we get a slightly new order and a newcomer, but a little bit more spacing between the teams:

Ole Miss sneaks in as #25, bringing the total of SEC teams in this category to eight, by far the best showing of any conference. It's hard to fathom, but Auburn has spent over two years in the top 5 of the AP throughout it's history. I'd be willing to bet that the majority of that has come in the almost 30 years since Pat Dye, Terry Bowden and Tommy Tuberville left their marks on the program.

In all three categories, Auburn ranks in the Top 15 or better nationally, lending credence to the notion that we're possibly one of the nation's elite programs. Personally, I think we need to win one or two more MNCs to make such a claim, but there's certainly no arguing that we've always had a respectable showing, not only in our conference, but in the CFB nation as well.