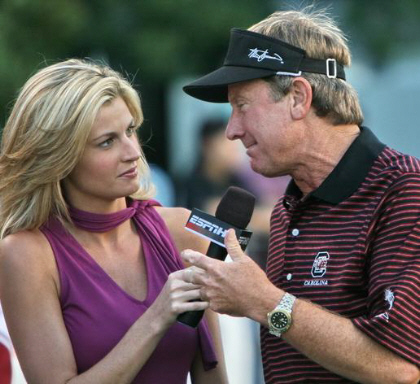 The best to ever walk the sideline? Without question.

My wife likes to joke that Chris, Kirk and Lee of ESPN GameDay moves in with us in late August and refuses to leave until early January. There's a lot of truth to that statement. When you stop and think about it, the television personalities that invade our homes during college football season play a big role in our enjoyment of the game. There are those that we love to hate, those that we love to look at and some that actually make intelligent conversation.