Which States Have the Best One-Two Punch of Teams in CFB History?

Share All sharing options for: Which States Have the Best One-Two Punch of Teams in CFB History? 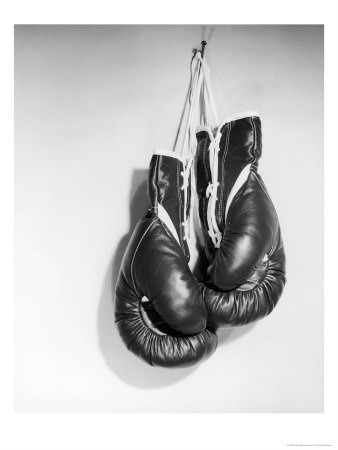 (Editor's Note: This thread is an update of one I did  about a year and a half ago, back in my early days of contributing to this blog. I've updated and simplified it somewhat.)

Exactly which state has the best tandem of teams in the college football historically? Could it be the larger states, or maybe the states with the old guard of teams, or possibly a combination of the two? This is the question that many have pondered, just as I have asked the question ever since I became a CFB fan.  It sounds like a question that just reeks of opinion and no fact, but it's not.  It can entirely be based on fact, and little did we know that the data needed was right under our fingertips the whole time.

Unfortunately, for states large and small, only the best two teams from a state are given consideration. The two school standard is the most common among state universities in the country. That obviously hurts large states like Florida, who could easily be represented by FSU, Miami, or Florida, or California, who could have USC, UCLA, and Cal.  Also not represented well are one-horse states, those that primarily have only one dominant program, states like Arkansas, Illinois, Ohio, and Louisiana. I guess that’s the price you pay for cornering the market on football glory in your backyard.

Furthermore, only Bowl Subdivision teams are considered. Although we owe the Ivies a debt for bringing us into this pigskin world, they are no longer relevant in the modern age of college football, so we’ve eliminated them from our calculations. (Yes, you CAN argue that they play ‘real’ football, and I’d probably agree with you, but we’ll have to take that up in another thread)

So where do we get the data to support these conclusions? Perhaps the most concise and easy-to-follow site is  the rankings index at CFBdatawarehouse.com, where they rank the top programs historically by using four main categories. Glancing over the site, they tell you that the most popular stat accessed from their data, behind all-time coaching records, is their rankings index. It is a comprehensive analysis of all teams in college football history, and ranks them from top to bottom either ‘all-time’, last ‘quarter century’, or by the ‘decade’.

The categories that they use to rank teams are: Winning percentage, Strength of Schedule percentage, National Championship points, and Big Four Bowl points (having played in the Rose, Orange, Sugar, and Fiesta bowls) Points are tallied from all four categories and the rankings are derived from the totals.

Does CFBDWHown the patent on winning college football indexing? No, they don’t, but I really like their format. You could take data from a hundred different categories, but still not have the jest of it as they do in their four-item format.  Three of the four are simple enough: All-Time Winning percentage, expressed as the percentage times 1000 for the point total, National championship points, expressed as a total of 50 points per NC, and Big Four bowl points, expressed as 15 or 20 points per bowl game. The only mystery is the Strength of Schedule points. I’ve sent them emails asking how they determine it, but I guess they don’t want to give it up. These things tend to be proprietary in nature.  Maybe I should have told them I was from Track ‘Em Tigers.

Also keep in mind that their index weights very heavy for MNCs, and in my opinion, CFBDW is way too generous in accepting some schools'results, but for the sake of complexity, we'll accept the values given. Once you do that, it's just a simple addition problem with the total points of the two best teams of a given state.

1) Alabama: Alabama and Auburn, 3854. The small state with the fiercest rivalry anywhere gets it done. Little Brotherproves to be an able wing man for the stalwart Tide, proving what we all knew in our hearts long ago about football in the Yellowhammer state.

2) California: USC and UCLA, 3686. No surprise that this big state has two heavy hitters.

3) Indiana: Notre Dame and Purdue, 3616. Notre Dame and virtually anyone else could have placed in the top 10. The only state on our list that doesn't include the flagship university.

4) Michigan: Michigan and Michigan State, 3594. Two solid programs that would probably top the list if UM had won a proportionate number of MNCs to the rest of their gridiron glory.

5) Texas: Texas and Texas A&M, 3485. The sentimental home of football in this country, would probably be ranked higher if paranoid ATM would concentrate on something else besides t.u...

6) Georgia: Georgia and Georgia Tech, 3452. Luckily for them, the only FBS teams in the entire state ain't half bad, even if GT is one of the worst MNC embellishers out there.

7) Florida: Miami and Florida, 3304. Would probably top the list if you only went back 30 years. The sunshine state also has FSU as an also-ran.

8) Pennsylvania: Penn State and Pittsburgh, 3280. Two solid teams from a football-crazy state. Probably only cracks the top 10 because Pitt is the worst MNC embellisher out there.

9) Oklahoma: Oklahoma and Oklahoma State, 3117. The Pokes give just enough covering-fire to propel the duo into the top 10.

10) Tennessee: Tennessee and Vanderbilt, 3027. What's that? Forgot about Vandy, huh? Best team in the south for the first quarter of the 20th century. Don't forget, the Volunteer state is SEC country!