Who Says College Football Is In A Recession?

Share All sharing options for: Who Says College Football Is In A Recession? 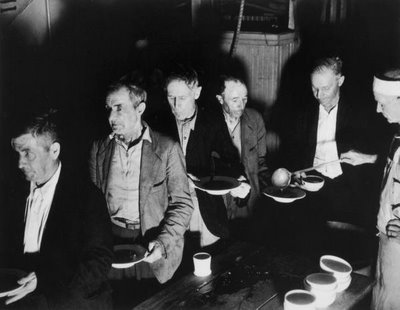 If you own a home or have a 401K you've undoubtedly felt the current recession. If you are in sales you face it every day.  People and businesses are scared and keeping their wallets closed. Today, the Alabama unemployment rate is nearing 10 percent according to government records. Many believe the actual total is much higher.

As a backdrop to all of this we get word yesterday that Alabama officials are negotiating a contract extension and raise for football coach Nick Saban. The same thing is being discussed with Bob Stoops at Oklahoma. Before I go any further, this is not a Saban bashing article and I'm not solely going after Alabama. It runs deeper than Bama and Auburn's not immune.

In what's widely accepted as the worst economic times since the Great Depression, we are seeing athletic departments around the country bring in record profits on the backs of fans that can't pay their rent in many instances.

I still remember like it was yesterday, my first Auburn game - October 4, 1975 - Auburn vs. Virginia Tech. Ticket price: $7.00. Today, that wouldn't buy two Cokes in Jordan-Hare. Unfortunately, college football has caught up with its professional brethren in making it nearly impossible for the average family to afford season tickets. Let's face it, most can't afford to take their families to one game.

Is Saban really worth more than $4 million a year? To be fair, is Chizik worth $2 million considering his five wins in two seasons at Iowa State? Truthfully, from an economic standpoint, Saban is probably closer to being worth his salary than Chizik is his paycheck - at least at this point. I believe most of you would grudgingly agree.

But the point is both salaries are insanely ridiculous and to think Alabama and others continue to pile on more money borders on criminal. We are all so accustomed to hearing and reading these salary numbers that we don't stop and think about them in real terms. Birmingham News reporter Ian Rapoport posted a cool salary calculator yesterday that compares any salary to that of Saban's.  Looking at it in real terms is mind boggling.

Let's compare Saban's salary to that of someone who makes $50,000 a year. For the record, the average annual family income in Alabama is $40,232 according to The Kaiser Family Foundation. Here's how it shakes out...

It would take you 80 years to earn what Saban makes in one year.

That's 1.78 lifetimes* to earn the average $4 million that Saban makes each year in his eight-year contract.

I'm as big a capitalist as the next person and many of you are probably saying Saban is worth it because Alabama is willing to pay it. Point taken. But with bigger stadiums, higher paid coaches and huge television contracts, we are running the risk of having an entire generation of kids not get the opportunity to see a game at Jordan-Hare or Bryant-Denny Stadium on a football Saturday.

Is it really worth it?