CFB Hall of Fame Moving from South Bend to Atlanta

Share All sharing options for: CFB Hall of Fame Moving from South Bend to Atlanta 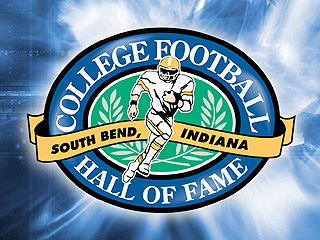 Early word leaked out from a state of Georgia official yesterday that the College Football Hall of Fame, currently residing in South Bend, IN, will be moving to Atlanta sometime in the next year or so after their contract with the city ends on December 31st, 2010. In South Bend since 1995 when it relocated from a suburb of Cincinnati, the Hall has never attracted the kind of visitor count that it had hoped. Initial projections were for 150,000 visitors a year, but only 115,000 came the first year, then only around 60,000 average for the succeeding years. The mayor of South Bend has also confirmed the pending move, saying he was told by Foundation members yesterday. In a letter to the city, National Football Foundation and CFBHOF chairman Archie Manning wrote this:

We take this action not because of any failure on your part, but because we have an opportunity to take the exposure of the Hall of Fame to an entirely new level.

Reportably, representatives from the Chick Fil A Bowl have been working earnestly for the last three years to attempt to lure the Hall to Atlanta, although officials from the Bowl and the Atlanta Sports Council, the group responsible for putting on the Chick Fil A Kickoff Game, the SEC Championship Game, the Atlanta Football Classic and the Chick Fil A Bowl, are not currently talking. The official news conference is slated for tomorrow at the ESPN Zone on Peachtree Road in North Atlanta.

Obviously, the backdrop of Atlanta and it's existing tourist attractions like Centennial Olympic Park, The Georgia Aquarium, CNN Center, the M.L.King Center and the World of Coca Cola played a large part in attracting the Hall. The number of high-profile companies supposedly offering generous sponsorship packages also were a huge incentive, said the South Bend mayor.

The current football Hall features 20 exhibits, including celebrations of past champions, chronicles of great rivalries and a level for visitors to practice passing and kicking. It honors more than 900 former players or coaches. Due to the lagging attendance in it's current location, rumors also had Dallas, TX in the running, with the backing of T. Boone Pickens, among other cities showing interest in the Hall.

In a related story, other things possibly leaving South Bend include:

3) Jimmy Claussen to the CFL