What are Auburn's Chances Against the Bulldogs?

Share All sharing options for: What are Auburn's Chances Against the Bulldogs? 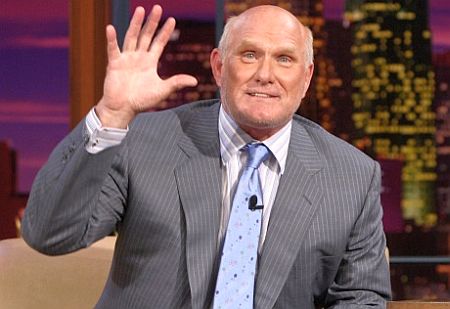 Is Terry Bradshaw the most famous man in Louisiana Tech history?

War Eagle, everybody! It's opening game week, and we just can't wait, for Saturday night's game. Auburn opens the season with the Louisiana Tech Bulldogs, a team that the Tigers have never lost to. The spread on this game opened around Auburn by 13, but due to a lot of uncertainty, there are few takers. Incredibly, some services now have this game as a "pick 'em!" Coach Derek Dooley's Bulldogs are expected to be tough, returning most of the offense, and all of their critical guys in the trenches.

While Louisiana Tech has changed NCAA classifications several times, the school has fed a steady stream of players to the NFL over the years. In particular, a number of Bulldog quarterbacks have become successful pro players, most notably 4-time Super Bowl champion Terry Bradshaw. Also on this list is CFL record-holder Matt Dunnigan, and current NFL quarterbacks Tim Rattay and Luke McCown.

Auburn's history with Louisiana Tech goes back to 1941, when head coach Joe Aillet took his second Bulldog team to Auburn, for a 34-0 whitewashing. Aillet was the most successful coach in Louisiana Tech history, and their stadium is named after him. As Auburn declined in the 1940s under Carl Voyles and Earl Brown, Aillet was winning Louisiana Intercollegiate Conference and Gulf States conference championships. Those big Auburn margins of victory dwindled through the mid 1940s. Auburn beat Tech 29-0 in Montgomery in 1945, but back in Auburn in 1947, Auburn escaped with a 14-0 win, and in Earl Brown's woeful 1-8-1 1948 season, Louisiana Tech tied Auburn, 13-13 at Auburn.

The two teams didn't play again, till 1989, at Auburn's homecoming game. Louisiana Tech had handed the coaching reins to former Tech linebacker Joe Peace in 1988, and rapidly became known as a hard-nosed, physical, tough team. Tech was involved in several brawls around that time. Against Auburn in 1989, Tech had no answer for the passing of Reggie Slack, and the running of 'Lectron Williams. However, the Bulldog offense kept pounding away, and scored more points on Auburn than any other team would, in 1989, as the Tigers held on, 38-23. In 1990, the result was positively scary. Auburn managed only a couple of first half field goals, and the Bulldogs drove for a touchdown at the end of the half, and led 7-6. Late in the game, the Bulldogs had the lead, 14-9. With freshman quarterback Stan White, Auburn was forced to drive the length of the field at the end of the game, for a narrow 16-14 win.

Auburn renewed the series for homecoming of 1997. Offensive wizard Gary Crowton had replaced Joe Peace after several lackluster seasons. Tim Rattay and running back Bobby Ray Tell shredded the Auburn defense for 550 yards, but it didn't translate on the scoreboard. Dameyune Craig did some shredding of his own, Takeo Spikes took an early Rattay pass 65 yards for a pick-six, and Auburn jumped out early for a 49-13 win. Auburn faced Tech again in 1998, just a couple of days after head coach Terry Bowden's resignation. The Bulldogs had quarterback Tim Rattay, and receiver Troy Edwards, who were the most prolific touchdown-producing duo in NCAA history. Edwards had tuned up on Nebraska earlier in the year for over 400 receiving yards. Edwards stunned Auburn early, taking a direct snap in the shotgun, and racing 68 yards for a TD. Bill Oliver's defense shut down the Bulldogs thereafter, though, holding Edwards to 58 receiving yards, and Rattay to a pedestrian 227 yards passing. Auburn won, 32-17.

The teams skipped a year, then met again on Auburn's homecomings in 2000, and 2001. The 2000 game was supposed to be an Auburn cakewalk, with Louisiana Tech starting freshman quarterback Luke McCown. Crowton had left for BYU, and Jack Bicknell, Jr. was the Tech head coach. Auburn was reeling, however, after a morale-sapping blowout loss to the Gators in Gainesville, 38-7. Auburn slashed Tech on the ground and through the air for a 7-0 lead, then it was the air-McCown show for the rest of the first quarter. McCown hit his first ten passes, and staked the Bulldogs to a 14-7 lead. Auburn woke up, and took a 21-14 lead to halftime, but the Bulldogs never went away. McCown diced Auburn for 433 passing yards, and it took a 78 yard Rudi Johnson run to put this one out of reach at the end of the 3rd quarter. Auburn won, 38-28.

The 2001 homecoming game with Louisiana Tech was a wild one. McCown was back for the Bulldogs, and Daniel Cobb was getting his first start for Auburn. The two teams combined for 1087 offensive yards in the game. McCown and Cobb each passed for 381 yards, but turnovers were the story. Cobb threw 4 interceptions, which allowed Tech to score 21 4th quarter points, and the Bulldogs roared back to tie at the end of regulation at 41-all. McCown had also thrown 4 picks in regulation, but his 5th pick in overtime, snared by linebacker Dontarrious Thomas, ended the game, with Auburn escaping, 48-41.

Auburn and Louisiana Tech last met in 2004. Fortunately for the Tigers, McCown had finally graduated, and Auburn was able to harass new starter Matt Kubik mercilessly. Auburn tallied 9 sacks, forced three turnovers (including a Carlos Rogers pick-six), and cruised to a 52-7 win. Under Bicknell, Louisiana Tech had won the Western Athletic Conference championship in 2001, but could not duplicate that feat. Bicknell was fired after a 3-10 season in 2006, to be replaced by Derek Dooley. Dooley's first team was 5-7, then last year's squad rebounded from a 3-4 start to finish 8-5, with an Independence Bowl win.

History has shown us that Louisiana Tech can stay with Auburn, in good years. In 2009 against Tech, Auburn must start fast, and not let the Bulldogs hang around. Louisiana Tech does have the ability to pound the ball, and chew up clock and yardage. On an Auburn team with little depth, a grinding, long game will be detrimental. Tech has playmakers in running back Daniel Porter, and receiver/runner Phillip Livas. I believe Auburn has more, with players like Ben Tate, Mario Fannin, Onterrio McCaleb, and a host of young talented receivers. We'll be dialed in Saturday night at 6 PM Central, watching on ESPN 360.com. We'll have a live thread up here at TrackEmTigers.com, and welcome comments!

War Eagle! Let's have a good kickoff to the Gene Chizik Era!