Share All sharing options for: Auburn SEC and National Championship Definitely NOT Part of Saban's 'Process' 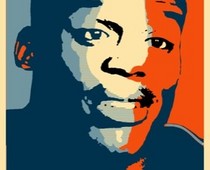 Nick Saban had a blueprint for bringing success to Alabama when he was hired in early 2007 and given total control over the program. He had demonstrated this same plan down at LSU just a few years earlier, having reached new summits for the Bengals within three seasons by winning a BCS championship. Many attributed the success to Saban's intense management style, which was focused and inflexible.  At some point, either while still down on the bayou or over in the NFL in Miami or while coming to Tuscaloosa, Saban's plan began to be known as the process, a catch phrase used to describe his lightning-fast results. It was promptly devoured up by hungry Tide fans longing for a winner once again. For Alabama, the process would only work if they bought into it, and they proceeded to double-down on it.

For the spring game in 2007, they packed the house--unheard of in college football. Alabama roared to a tremendous start under Saban that fall, 6-2, before dropping the last four straight regular season games, including the Iron Bowl and the infamous ULM loss, which happened the week before. Tiger fans yawned, basking in their streak while Tide fans kept the vigil. A top ranked recruiting class and a Kickoff game in Atlanta against Clemson gave Alabama tremendous momentum going into 2008.

Few expected Alabama to roar to the start that they did in 2008, but the destruction of Clemson in the opener and the beat-down of top-ranked Georgia a few weeks later in Athens put CFB on notice that the Tide was back again. Auburn, collapsing under the strain of a new offensive style and the chaffing of it's coach and administration, failed to have this point firmly in grasp until it's own beat-down in Bryant-Denny to end the year. Florida was the last real obstacle for Saban to achieve his shot at the national crown in only two seasons, but Alabama couldn't make that hurdle and consequently phoned in their consolatory bowl appearance against Utah.

Everyone knew what the showdown in CFB would be last year, the battle between #1 and #2 Florida and Alabama. The only suspense for the season was seeing which team was coming out of Atlanta intact and which team from the rest of the country was going to be their victim in Pasadena. A few teams gave Alabama a scare--Tennessee most notably, and Auburn, who won for 58 minutes before yielding to a deeper Bama squad. First year coach Gene Chizik gamed the Gumps as much as he had, but in the end, Auburn was just out-played. Alabama then marched throughTebow's tears in Atlanta and then on to beat Texas for the school's first BCS national championship.

Three seasons was what it took for Saban's process to bring gridiron glory to Tuscaloosa and a trophy to a Wal Mart on the Birmingham highway. I mean, damn. It was the same interval that it took in Baton Rouge, which definitely was a tougher job given the culture of the program there. Nevertheless, victory had been achieved--right on schedule or even earlier, just as the Alabama believers had been predicting right into our faces all along. Auburn fans were aghast. Our worst fears had come true--not that Alabama had won a championship--ok, that, too--but because their Kool-aid drinking Nostradamus fans had been telling us they were going to do it. And we didn't quite believe them.

The first Saban process didn't really have a happy ending in Baton Rouge. No repeat was to be. In 2004, LSU gave way to another dominant SEC team in the same division looking to break out  and go undefeated. By that time, a BCS crown was all the cred Saban needed and he took off for the NFL. The new kid on the block? Auburn. Held out of the BCS title game by a quirk in the system. For then at least.

Very quietly after the 2009 season concluded this January, Gene Chizik and company were fighting an insurrection with the national champions behind the lines with recruiting. Very few of these battles made the headlines, but when the list was finally tallied, Auburn had out-recruited, tied, or came in just behind Alabama in all the recruiting services counts. This was amazing. Not only did Auburn hold their own in the state against the Saban process, but they went out of state and the juco route and kicked ass, too. Word: Newton, Fairley, Dyer. How exactly does little brother go out and sleep with the homecoming queen right after big brother quarterback just won the game? Could it be that Auburn perhaps had a coach in there now with a little process of his own?

Auburn is two games away from playing for the national championship. Savior that for a second. Hell, I'll argue with you that we could lose the Iron Bowl, win the SEC and still play for all the marbles, but I'll save that for later. We need the perfect backdrop here for the absolute freaking epitome of IRONY to be staring Alabama fans right in their face. They're scared right now , and they would be scared even if they hadn't already dropped two games and were still staring down the likes of Cam Newton coming at them, full steam. They're scared that they're about to be replaced. The Tide knows they're about to get rolled. They're about to live through the bedtime story that Tiger fans will be telling their children for ages.

Don't you understand? THIS doesn't happen in college football. It's never happened before, at least in modern times. The flagship program of a state, in this case, the flagship program in all of CFB history, wins yet another national championship and their arch-rival in the state comes right back at them the next season and does the same thing in their face. Forget for a second the potential national crown this year, but how does Auburn even bounce back from a Tide championship season and win a SEC crown out of nowhere? Heisman? I see your Heisman and raise you two from previous hands.The process was supposed to be absolute. Their reign was supposed to last, not to be toppled so quickly. Saban's reign at the top of even the SEC west in now on par with that of most Ugandan dictatorships. How can this be? And to Auburn. Freaking Auburn!! I can see the Hitler Downfall video on Youtube now.

Even at this point, Auburn has come back and achieved more on Saban's watch than any Alabama fan can possibly believe. Nick, not a miracle worker, but a meticulous planner, never planned on someone like himself coming up right beside him. How could he not see Chizik and his staff coming? After all, Saban came in highly heralded. Chizik, as Alabama fans so surely love to point out, came in heckled. Auburn was to be under Saban's heel for years to come, but could the Tigers be poised to be the catalyst that sends Nick off to the NFL for a second time?

The threat was to always come from the east with Meyer. Auburn has thrown a brick right through the process mirror that Nick gazes into every night. By simply winning the west, Saban himself has been served notice, and I couldn't think of a better delivery system than Gus Malzahn and company, running right through you or around you, and winning the SEC and the BCS while doing it. In your face, Alabama? Damn right it is.

What would the fallout be in Tuscaloosa from Auburn's own process of winning the conference and the nation? Hard to say. Maybe Saban works harder, and the competition between Auburn and Alabama gets taken to whole new heights. Or maybe there's a new challenge. Maybe Jerry Jones throws enough cash around for his own version of the process. Alabama fans love to think that Saban ran Tubs out of town. Maybe Chizik gets the credit for running Saban out eventually, too. Rich, indeed.

We're not looking to beat one man on Friday. We're looking to beat a contingent of narcissistic bandwagon fans and their pretentious aires. Auburn fans are always Auburn fans, and we don't want the swing voters in our camp next year. I wanna hang 50 on these former champs. All they got right now is the hope that Cam is ineligible. Blah, blah, blah. They're scared. I wanna beat them where it counts--on the field and in their minds. Do it for Cam. Do it for Gene. Do it for Tubs. But do it for Auburn. War Eagle!