The Team Not Taken

Share All sharing options for: The Team Not Taken 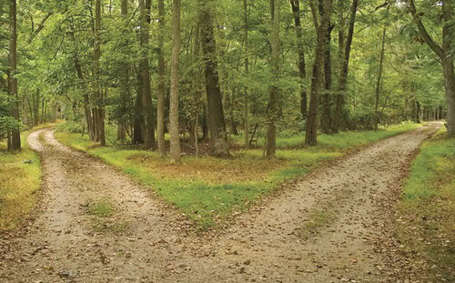 Questioning another fan's loyalty is a sticky sort, so it got me wondering about other Auburn fans. Have they always been Auburn fans, or had they considered the alternative at some point? I'm not from the state of Alabama, so I never really had to make the choice like most did--to which team to be devoted . Luckily for some, it was hereditary. But some consciously chose the path. And with apologies to Robert Frost, I give you:

The Team Not Taken.
Two roads diverged in a yeller wood commercial,
And sorry I could not travel both
And be one traveler, with one ESPN channel
And looked down at one as long as I could
To where it bent on the sidewalk, where it’s alumni usually stood

Then took the other, as just as fair,
But having a lessor national title claim,
Because it led to the loveliest village
Where the co-eds were not as lame
And other than for Bear Bryant, their records were about the same.

And both that morning equally lay
In leaves no elephant walk had trodden black.
Oh, I constantly hear the call, of how Lord Saban is finally back!
Yet knowing how way leads on to way,
I doubted that from this dark side, even a Skywalker could come back.

I shall be telling this with a sigh
And in Jordan Hare real loud:
Two roads diverged in a state, and I—
I took the one less traveled by,
To avoid the bandwagon crowd.