The Top 25 Teams of the Decade

Share All sharing options for: The Top 25 Teams of the Decade 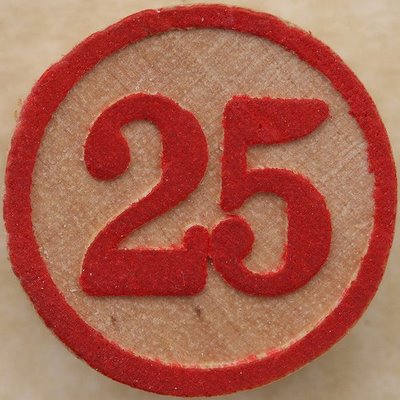 I mentioned recently in my thoroughly and blatantly unbiased comparison of Auburn and Alabama in the 2000s that one of the great things about the statistical site CFB Data Warehouse is the rankings index they have that attempts to objectively compare all of the teams in the sport either all-time, in a quarter century, or in a given decade. Now that 2010 is upon us, the good folks at CFBDWH have finally compiled their rankings for the decade ending last year and we now get to see who they think were the top 25 programs in the nation from 2000-2009.

There are only four criteria: Winning percentage points, strength of schedule points, major-4 bowl appearances and national championships won. Three are pretty self-explanatory, but SOS still remains a mystery. I'm unsure exactly how they compile the number for that. Of course, I think that a thorough evaluation of teams in a given time period should include additional categories like conference titles and top 25 poll finishes--maybe the latter somehow is figured into their SOS. But regardless, it's still the quickest, best comparison a blogger can pull up for much-needed material in the off-season.

And the great thing about pulling up these indexes in the last few decades is that we all know that the national championship points are legit. CFBDWH also allows you to rank teams all the way back, where NC claims tend to be a bit more dubious. The site itself tends to accept what most schools claim in that regard, so you must consider that if you utilize material that old. But for the decade that just ended, I think we're pretty safe. And here are the results:

The first thing that pops out is that all of the teams that won multiple NCs-USC, Florida, and LSU--are all at the top, followed immediately by the teams that won single crowns--Ohio State 4th, Oklahoma 5th, Texas 6th, and Miami 7th--with the exception of Alabama, which came in at 12th.  Georgia, at 8th, is the highest ranked team who didn't win a NC, but they won two SEC titles. Oregon, at 9th, was in the same boat with PAC-10 titles in 2001 and 2009 but no national crowns.

FSU, who won four conference titles last decade, came in at 10th, probably because of a watered down ACC that didn't win a single national championship and didn't go to divisional play until 2004. Newcomer Virginia Tech, who won that first divisional title in 2004, also won conference crowns in 2007 and 2008, making them the second highest ranked ACC team at 11th. Curiously, Oregon State is 13th, having only shared a PAC title in 2000 with a Fiesta Bowl appearance. Evidently, their high SOS rating helped them with quite a few rungs on the ladder. Michigan 14th, who only won one outright Big Ten title, still went to two Rose Bowls, although they wouldn't have gone in 2006 had Ohio State not gone to the BCS CG, leaving UM that open Rose slot.

Auburn comes in at a respectable 15th, with the SEC title and Sugar Bowl appearance in 2004. We were the lowest ranked team in the conference that had a win in Atlanta, but considering that only five teams accomplished that feat, that ain't half bad--especially considering that three of them won one or more national crowns. Strangely, had we actually won a NC in 2004, it appears that we still wouldn't have outscored Georgia in the rankings and would have ended up right below them at 10th. Maybe that SOS ranking does include conference titles and poll finishes. Tennessee was the remaining ranked SEC team at 17th. Half of the conference was in the top 25. I guess there's really no need to mention which was the top conference in the decade. Still, 15th is the best we've had since the 1980s, when I think we ranked around 10th. It seems that CFBDWH is revising those stats at the moment.