Share All sharing options for: Troop and Loop Named Top 25 Recruiters by Rivals 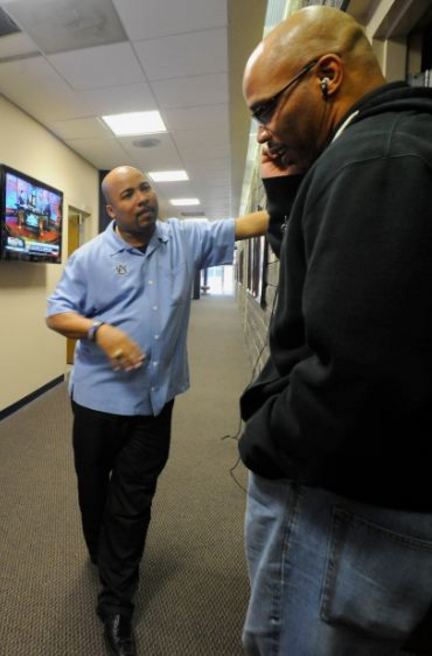 Can it be the hair styles?

After the gutsiest recruiting effort ever in the history of Auburn football, some accolades have come out, recognizing the guys behind the scenes and in the trenches. RIVALS has named assistant coaches Trooper Taylor and Curtis Luper to their list of the top 25 recruiters in all the land. BTW, whoever coined that term, Troop and Loop, step forward for your hat tip, sir or madam. The first I saw it was yesterday in AUskip07's post where he labeled the once former roommates with that term. All I had come up with thus far was TrooperCanoe and Luper, Too.

Auburn is one of only three schools with two recruiters on the list--Texas and FSU being the other two. Some of the names are totally foreign, but some all very well known to Auburn fans: Steve Addazio of Florida, their new OC;  Sal Sunseri of Alabama; Lance Thompson of Tennessee, who helped keep their class from imploding; Ed Orgeron of USC, nee Tennessee, he of dirty tricks; Will Muschamp of Texas, and Rodney Garner of Georgia.

The last two names especially stick out to Tiger fans. Know this: It's highly unlikely that we would have Taylor and Luper if by some twist Muschamp was our HC, or even our DC for that matter. It just wouldn't be so. But Garner is a different story. He's been one of the nation's top recruiters for almost a decade and a half--first at Tennessee and now at Georgia. Even I've been known to make a shameless attempt to lure him back to the Plains. But Garner has enjoyed virtually unparalleled success in Athens, and is the force behind Georgia's consistent national classes the past few years. I'm sure working for Mark Richt is everything it's cracked up to be, and Garner, being a loyal Auburn man, is true to his boss. But if I'm Gene Chizik, maybe I'm sending Troop and Loop across the Hooch this summer for a friendly visit and find out when a certain contract might be up. Could you just imagine the possibilities next year? Maybe Garner might finally see the committment to recruiting on the Plains that he has always practiced.

As the prime driving force behind the best NSD in Auburn history, Taylor and Luper deserve their due. Assistants are the foot soldiers who now carry the day instead of the Field Marshals. Per NCAA rules which limit the HC to one official in-home visit, gone are the days when the big-named head coach walks in at the last minute and closes the deal. No staff in the history of college football has mounted a greater campaign against such adversity than the Tiger coaches did this year. A 8-5 team who held their own or bested their fiercest rival not only in recruiting the state, but across the whole country--the same very team that just won a national championship and a Heisman trophy. Inconceivable!!

But maybe this notion of the greatest recruiter might be misplaced somewhat. Sure, Troop and Loop and the staff are particularly adroit at their tasks, but how did they get together in the first place? Who was the person who came to the Plains, under hostile circumstances, and hastily assembled a crew that would soon gel together and go on to hold their own even against that cross state school? Gene Chizik is the man. Make no mistake. The man has made NO mistakes since he came to us. He has said and done ALL the right things and damn right he should finally be getting his due. Who's the best recruiter in the nation? I think Gene Chizik is. He pulls the strings on the Mean Gene Recruiting Machine. And so far, what he's been able to achieve in the shadow of the successes of all our rivals is unbelievably admirable. Put THAT in your recruiting limo and step on it!