A Rememberance of Things Past and Lost

Share All sharing options for: A Rememberance of Things Past and Lost 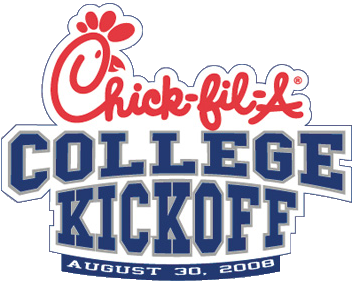 I read today that Notre Dame has just inked a deal to play Maryland at FedEX Field for the 2011 season, a neutral site game that will give the Irish four seasons in a row with such a game. They've also got Arizona State scheduled in Cowboys Stadium in Texas for 2013. Last year they played Washington State in San Antonio, a matchup that had to be created purely for the accumulation of frequent flyer miles, and they play Army this coming season at Yankee Stadium. Even an ardent Notre Dame detractor such as myself has to admit that the matchup and venue combination is pretty cool. The only bad thing about it is that it's scheduled for late November, the game before the Irish's season-ending rivalry match with USC. It might draw way more attention if they played it earlier in the season, like a kickoff game, but I forgot that they schedule other activities in Yankee Stadium around that time.

I applaud the Irish for doing more touring than Jimmy Buffet. It keeps their name out there, and gives their still enormous fan base a snowball's chance of seeing them somewhere outside South Bend, which is pretty handy since they don't always accept bowl invitations. Keeping relevant is important for a team that who although has it's own individual television contract, has played Georgia Tech almost as many times (34) as neighbor Michigan (37). Yet with new coach Brian Kelly barely settling into South Bend, the temptation to cut some slack on his upcoming schedule might be too great. Why risk going on the road when you could have a gut game at home and help your new coach build confidence, especially the week before your biggest game of the season? Does that rationale sound familiar?

It should. If you haven't completely blocked it out like most traumatic events that occur in life,  you should be reminded of that major fumble that Auburn committed almost a year ago--Jay Jacobs turning down the Atlanta Sports Council's invitation to play UCLA in the Chick Fil-A Kickoff Game for the start of the 2010 season. The prime excuse that no one mentions was to take it easy on the new coach. I hate to bring it all up again, but everytime another team gets the spotlight in one of these neutral site games, I'm reminded of this EPIC FAIL of our program.

Know this: These one-shot games are the way of the future. They allow easier scheduling logistics than a home and home, and generous payouts help ease the financial sting of the subtraction of a home game from the slate. And the venue and/or timing of the game give unparalled exposure. Last season's Kickoff Game gave ABC huge numbers, with football-starved fans eager for any pigskin action. It's like a bowl game to kick off the season, but even better than one because all of CFB is focused on you. The game isn't diluted with a bunch of other meaningless games like the bowl season is.

Instead, we're resigned to a LSU-North Carolina matchup that probably won't be close. The Purple Tigers rarely lose in Atlanta, as they probably have a thing for domed stadiums. The Tar Heels have shown some resurgence under Butch Davis, but have waned at the end of the past two seasons. But the larger point is this: the ASC probably wanted to branch out and invite some other teams that aren't from the southeast and provide a more national feel. Auburn, who has the reputation for travelling well, was probably invited for a number of reasons, one maybe being that we don't have a state name in the name of our school, possibly lending credence to perhaps a perceived neutrality (work with me here, I know it's a stretch). UCLA, who had recently played  a home and home with Tennessee, was eager to travel again under new coach Rick Nueheisel and show that that USC wasn't the only school in Los Angeles willing to hit the road to the east coast. But Auburn threw a monkey wrench into those big plans.

Unbelievable. Who turns down a game like that? Without rehashing all the excuses, (if you want some good ones, read this from the SB Bruin blog from last season, which I found while researching this topic) the bottom line is this: When will they ever invite us back after defiance and ingratitude of this caliber? Hell, the Chicken Bowl may not even take us for another decade. Alabama goes for two years in a row and we pass on being the next team alphabetically? (Shhh! Alabama fans think you spell it Aurkansas)

Think about this: After an exciting up and down season last year topped by a thrilling bowl win and the best recruiting class we've ever seen, who among you wouldn't want that shot against UCLA now to possibly catapult us into some national momentum come September? Think that Jacobs would want to take it easy on his new coach again? I hate working the Alabama angle, but Saban didn't blink coming off a 7-6 season in 2007 to come in and destroy Clemson and get sling-shotted into an undefeated regular season in 2008. It's something to think about.

Who's coming to the spring game?