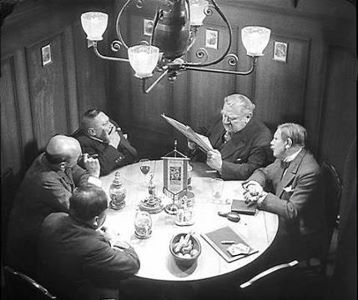 Interesting commentary today from SI.com's Andy Staples on the fallout from last week's response from BCS director Bill Hancock to Congressional inquiries into the BCS system made some months ago by Utah senator Orrin Hatch (R). Not wanting to get into a debate at this time of the legalities of the BCS and whether it is or is not exempt from anti-trust legislation, I still read Staples' column with great interest as he layed out his case for why the mid-major conferences Mountain West and Western Athletic have been a greater draw over the last four years than the BCS conferences of the Big East and the ACC.

With a law firm currently engaged in attempting to lobby the BCS for the MWC to have automatic qualifier (AQ) status for the Bowls, some interesting stats have been compiled comparing the TV ratings, rankings of the teams involved, and total attendance of the major bowl games attended by each of those two conferences versus a combined total of the MWC and WAC. These comparisons are then shown against the total revenue brought back by each, indicating a huge disparity. Is this the smoking gun that proves the existence of an old boy network in collusion to keep the upstarts out, or just more misleading statistics?

The chart lists 'major bowls', i.e. BCS bowls. Just know that during this time interval, Boise State played in the '07 Fiesta Bowl, and Hawaii in the '08 Sugar. After the BCS was forced into adding and additional slot to qualifying teams, Utah played in the '09 Sugar, and both TCU and Boise played in the '10 Fiesta. You with me?

The first one we'll look at is attendance. The average attendance for the MWC/WAC is roughly one thousand over the ACC, which is the same margin over the BE. Is this really credible? Mentioned is the failure of Georgia Tech to sell their Orange Bowl allotment last year. Big whoop, if you know ACC fans. They can't even sell out their conference championship game--ever. Nothing earth-shattering there. Not to mention that you're talking about total attendance. Yes, it takes two to tango. Think Oklahoma brought some fans to the '07 Fiesta, Georgia to the '08 Sugar and Alabama to the '09 Sugar? By using total attendance, you're giving all the credit for drawing power to the mid-majors. And you can't look at ticket allotments sold because those are just a small fraction of the number sold and it just wouldn't be credible. Not to mention that you're comparing apples Fiestas to Oranges to Sugars. Each venue has their own seating capacity. Simply averaging them out doesn't cut it. Throw in capacity percentage of all bowls if you really want to go down that road, but you're still going off half-cocked.

The next category is rankings. How high was each team ranked going into the bowl game? You can see for yourself here, but keep this in mind: With the exception of the 2010 bowls, each mid-major team making it into the BCS attained it's high ranking largely in part to the lack of a quality conference schedule. Yea, I said it. Virtually all of them never met a ranked opponent until they arrived at their bowl game. Sure, an undefeated season carries a lot of weight in the minds of voters, as hope and potential spring eternal. But in the end, these teams simply have a one-game schedule--the bowl game.

How hard is it to get up for the biggest game in your or your program's life? Probably not hard at all. Yea, it was a great game when Boise beat the Sooners, and who among us didn't get a chuckle with Utah destroying Alabama, but what about the let-down factor for the BCS opponents playing in those contests? Oklahoma was probably a blown-call in the Oregon game in Eugene that season from playing for the NC and Alabama was one SEC CG win from definitely playing in it. I'm not making excuses for them, but how can you compare the seasoned battle troops to the guys who just flew the milk run? Sorry. I just don't lend enough credence to your conference schedule yet, mid-majors. Respect must be won, not legislated.

However, the most intriguing category is the TV ratings. Sure, again, there are two teams involved, so it's hard to determine who the primary draw is in a particular matchup, but one thing does stand out--the ratings appear to be significantly higher for the mid-majors. Granted, the Orange bowl has taken some sub-par ACC and Big East champs the last few years, but I suspect that last year's intriguing matchup with TCU and Boise had something to do with grading on the curve for the mid-majors. America loves a Cinderella story, and if that wasn't one last year, I'm clueless what is. Regardless, even though the chart states it, we're still just comparing bowl game ratings and NOT entire season ratings, and one game does not a season make. How can you possible ignore the entire proceeding season? The focus presented is so narrow that it only exists on paper. No sane, rational person could think of the post season to the exclusion of what lead up to it.

Look, I'm sympathetic to the mid-majors. They're the American dream rolled right up into their little west-of-the-Mississippi conferences. They're the small guy trying to make it big, to get his shot. And although the glitz and glamor of Hollywood might lead you to believe that success can be had in an overnight sensation, the reality is that consistent, hard work is the path that most must travel to realize their dreams. And that path is drab sometimes, and fraught with danger.

Is there an Old Boy network in college football? Damn right there is, but it was earned, not inherited. It's inclusive to those who are deserving. Most of these teams have been carving out their little piece of significance for over 120 years or more now. Nothing was given to them--they had to earn it. The backbone of teams that comprise the BCS may be seen by some as the Robber Barons of the sport, enjoying the spoils, but they're actually the pioneers, settlers and laborers who built the CFB infrastructure that this nation has lauded itself upon for decades, and they're entitled. Progress is being made, albeit slowly, but a playoff is coming, and that should be the great social equalizer that the CFB world has been craving. Or will it? Hang in there, small guy.