Share All sharing options for: Ranking the 2010 SEC Out-of-Conference Schedules 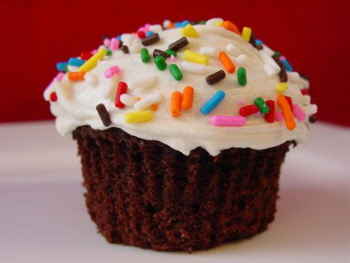 Ever since becoming the default conference for a slot in the BCS championship game, the SEC's in-conference games are above reproach. The out-of-conference (OCC) slate, however, has served much of the last decade as ammunition to shoot down the high poll rankings of the conference's teams. You have to go no further back than the 2004 Auburn schedule to see where a weak OCC lineup cost a team dearly, that in a year where cupcakes were the measure, not top-15 ranked opponents. Regardless, with additional scrutiny coming from the mid-major conferences to open the BCS up, we've seen a liberalization with OOC schedules not only in the SEC, but all across the country. I've always said that with a current 12-game schedule, BCS schools should be mandated to play at least TWO other OOC BCS teams. Although virtually no school does that voluntarily year in-year out at present, we may be getting there slowly, using the carrot rather than the stick.

Because of the level of weekly competition within the SEC, few members actually have a permanent quality OOC opponent. Georgia has Georgia Tech, Florida has FSU, South Carolina has Clemson. That's about it, save for Kentucky-Louisville, which looks like they will continue, having met the last 16 years straight. Auburn hasn't had one since the Georgia Tech series dropped after 1987. You couldn't really fault the Techies, having to play us and Georgia every year as OOC games. That's hard to do. But cry Auburn a river back in those days. We played four out of the five top teams in the conference every year. Didn't do too bad at it, either.

But even with four OOC games available to athletic directors, pressure to have as many home dates as possible virtually cede three of those to be cupcakes or mid-majors. Revenue not only for the athletic department, but for the home town in general must be protected. Also, most BCS opponents demand home and homes, even ones scheduled years apart. The newest trend, the neutral site game, is a fine venue used to facilitate the match-ups of big-name schools, and the SEC has been tapped by the Chick-Fil-A kickoff game to be the permanent host of just such an event.

By analyzing this year's OOC slate, I took into account the number of true cupcakes--the FCS schools, the mid-majors, followed by BCS teams. After that, I looked at how high those BCS opponents are likely to be ranked. Every team save Auburn and Vanderbilt has at least one FCS game, yet all but Ole Miss and State have at least one BCS team scheduled. Here's the way I see them falling out:

12) Ole Miss: Jacksonville State, Tulane, Fresno State, UL-Lafayette. With no BCS teams, one FCS, half the state of Louisiana (the other half) and only plucky Fresno State coming to town, the Rebels have the weakest schedule around, especially with only Tulane being on the road.

11) Mississippi State: Memphis, Alcorn State, Houston, UAB. Also with no BCS teams, State has a watered down schedule with everyone at home except for scrappy Houston on the road. The C-USA runners up may give the Bulldogs a game.

10) Kentucky: Louisville, Akron, W.Kentucky, Charleston Southern. With two FCS teams, the Wildcats might be a candidate for the worst ranking, but this new Hillbilly feud with Louisville has become a must-win in the state for both schools.

9) Arkansas: TN-Tech, UL-Monroe, Texas A&M, UTEP. The Razorbacks get all four of these games at home. The Texas A&M Aggies sound like a good one, but they have struggled under Mike Sherman with back-to-back losing records and it's unlikely their weak defense will be able to stop Ryan Mallett and company.

8) Auburn: Arkansas St. Clemson, UL-Monroe, UT-Chattanooga. All at home. Please. We must wear some blue for the Clemson game, lest it look like a replay of the Chicken Bowl two years ago. UL-Monroe travels to it's second of three SEC opponents this year, which makes them masochist of the year. They must be bucking for conference admission with this kind of death wish. God bless em. We don't want to see anything like this though.

7) South Carolina: So. Miss, Furman, Troy, Clemson. Plucky Troy comes to town, but Clemson is on the road for the Gamecocks, who will be serving a double dose of SEC hospitality to the Tigers. Southern Miss probably won't be much of a contest. I wouldn't expect to see a lot of visor throwing for that one.

6) Alabama: San Jose State, Penn State, Duke, Georgia State. The Tide gets all of these at home, save for Duke, which shouldn't be but a mere pit stop for Saban and company. Penn State should be great game, with JoPa having just put in back-to-back 11-2 seasons. It'll be the first time these two have played in 20 years. After the goal-line stance game in the 1979 Sugar Bowl, these teams managed to put together a decade worth of home and homes back in the 80s. Alabama leads the series, 8-5.

5) Tennessee: Oregon, UT Martin, UAB, Memphis. How the Vols got the monopoly on the PAC-10 pipeline of games is anyone's guess, but mad props to them for maintaining it. With consecutive H&Hs with UCLA, California and now Oregon--not to mention the series with Notre Dame a few years ago, the Vols win my award for most diverse OOC scheduling the last decade or so. Please, Derek Dooley and AD Mike Hamilton: call Los Angeles and pick up a series with USC soon. It would provide sooo much healing. Not to mention theater.

4) Florida: Miami-OH, USF, App State, FSU. Wow. Throw the other Miami team in there instead and I'd think the Gators would land on top. FSU looks to be tough on the road for UF, but the other games are at home. App State has thus far been a one-hit wonder, with Michigan in 2007.

3) Georgia: UL-Lafayette, Colorado, Idaho State, Georgia Tech. At Colorado makes this game a bit tougher for the Dawgs even though the Buffaloes have struggled under Dan Hawkins with four straight losing seasons. They have Tech at home and they'll need every advantage in that one. No throwing or launching potatoes in Sanford Stadium with Idaho State.

2) LSU: North Carolina, West Virginia, McNeese State, UL-Monroe. Two strong BCS teams will be tough for the Tigers, with the Heels in Atlanta, but the Mountaineers at home. It's entirely possible for LSU to win both of those games or lose both. Being in the first four games of the schedule, it will make or break their season.

1) Vanderbilt: Northwestern, UConn, E.Michigan, Wake Forest. Vandy goes three-deep into the BCS conferences with the latest in their series of games with Wake Forest; with UConn, who has had a great three-year run in the Big East, and not to mention with Northwestern, whose name Auburn fans probably don't want to hear for a long time. With this slate, the Dores show up the rest of the conference and guarantee us as fans as conference pride will be on the line in those matches. This is about as close as any of us will come to hitting for the cycle!