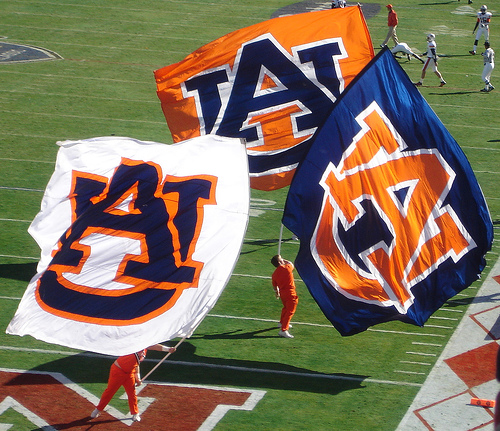 It's the dead season for football fans. That doesn't mean that we can't try to keep up with the many other Auburn student athletes, the sports they participate in, and maybe get to know them, if only a little better.

Starting this week and in the future, I will occasionally try to introduce some of Auburn's non revenue sports teams, and give each of us an opportunity to show our appreciation to them.

Dan Speegle, from the War Eagle Reader shares this..

"This is all part of the Auburn Spirit, the idea that sufficient grounding matched with a wealth of opportunity and effort, focused through the experience of faculty and guided by an institutional identity, will result in human success. This is the thing that attracts these incredibly vulnerable young athletes".

The entire piece can be found here. It is not required reading, although I must admit, it would be well worth your time. Dude can prose!

Let's start with the Equestrian team.

Did you know they were the 2008 Hunter seat National Champions?

Any NC is a positive for them, and Auburn! This years team lost to the University of Georgia in the National Championship matches.

The complete roster along with coaches is here and, the season ending awards story is here.

Reaching fans all over America, the Auburn Equestrian Team has been featured in the Equine Chronicles, and on www.horsechannel.com

Auburn athletics is more than the big three. As college athletics should be, they are funded by the big dog, football. These fine young men and women represent this university well, and many go unnoticed. If you happen to see a member of Auburn's many Olympic sports teams, stop and say War Eagle! I bet you get that wonderful greeting shot back at you, with a big smile!