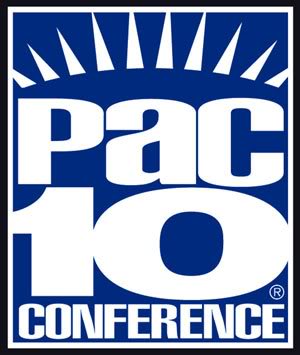 While college football waits seemingly forever for the Big Ten to announce their expansion plans, The Pac-10 might be prepared to steal their thunder and send invitations out to six teams from the Big 12. Chip Brown, a former Texas beat writer for the Dallas Morning News says today on his pay site Orangeblood.com, which is sponsored by Rivals, that the Pac-10 is ready to extend invitations out to Texas, Texas A&M, Texas Tech, Oklahoma, Oklahoma State, and Colorado as early as this weekend. Yup, that's what's known as rolling thunder.

Brown cites multiple sources on his site, which we can't see currently because of it's subscription status. This new PAC-16 will then split into two divisions, with the new kids on the block joining the Arizona teams to form one division with the remaining PAC squads forming the rest. Such a move would leave both Kansas teams, Iowa State and Baylor out in the cold, assuming you believe that Mizzo and Nebraska have already made up their minds on those alledged invitations to the Big Ten.

With both the Big 12 and SEC schools in spring meetings this week, what else could we expect to see before Sunday? Could we get a quicker confirmation from the Big 12 schools, unlike the secrecy and denials we saw from the Big Ten over their expansion? Will this event be enough for the SEC to impose the Bush Doctrine of CFB and go ahead and announce their expansion plans based on the fear of being up-ended? For you history buffs, this kind of maneuvering and posturing is what led to World War I.

Be sure to bid on the autographed copy of Phil Steele's Preview Magazine. Proceeds will go to St. Jude's Hospital and will honor Auburn freshman Shon Coleman and his family. Click here to bid.