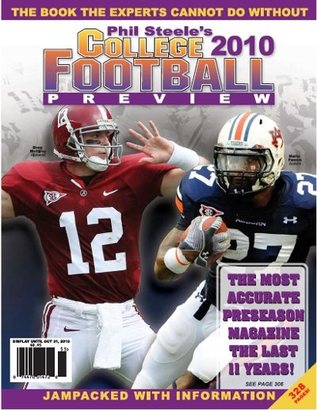 What I learned in college football this past week:

That the University of Texas lady is a tramp. The Horns are rapidly becoming the most hated team in CFB just by having their name shopped around from everywhere from the Big Ten to the PAC-10 to even the SEC. Sure, they're the biggest draw in the biggest football state of all, but why are they the center of everything? Oklahoma has to be wondering why they're not getting more play. They are a historically better team than Texas, but they seem to hardly warrant a mention the likes that even a Texas A&M Aggie normally gets. And look who's getting testy about the packaging of the teams supposedly receiving invites from the PAC--the Texas state legislature! Come on! More politics in CFB? Give us a break. Sounds like a lot of old Texas money sitting in the Austin assembly did their undergrad work in Waco. Just keep the damn Big 12 in place already.

That Notre Dame might be having it's resolve worn down. What with all the talk of new Pangea-like mega conferences stretching from sea to shining corn field, and other conferences making possible preemptive strikes to poach other teams--not to mention the possible extinction of the Big East as a football conference, the Golden Dome may slowly be coming around to a more modern way of thinking. Whether they're waiting on a call from the Pope or to see if all this conference posturing and shuffling falls short of a Reformation, one thing is sure: if we end up with four mega-major conferences instead of the six existing BCS ones, the sweetheart deals the leprechauns currently enjoy ain't gonna be around the next time they negotiate and divvy up the bowl slots, money, and TV contracts. It's a natural fit, Irish. Do it now while you can still dictate terms like a king's ransom.

Kansas has too much sports tradition to be left homeless. If Mizzo and Nebraska bolt for the Big Ten, and half the Big 12 gets folded up into the PAC, the likely scenario is that Kansas, K-State and Iowa State are out in the cold. While the Jayhawks have never been a football powerhouse, they are rich in basketball tradition, so much so that it sounds impossible that another major football conference wouldn't pick them up just for that. Whatever amount of teams that the Big Ten ultimately drafts will determine the next moves of the remaining players, but in the end, I think the Big Ten would pick up Kansas. And maybe the proverbial team to be named later. Okay, K-State and Iowa State may have to get rolled into C-USA or the MAC--shudder. What a demotion. Oh, the humanity!

An interesting list of coaching hotseats is out. CBS Sports has the breakdown of every single FBS coach and the temp reading on his sitzplatz, from 0 to 5, 0 being not a chance and 5 being bring your torch to the tribal council. What's interesting for the SEC is that not only does Les Miles and Mark Richt both have a 3.0, but Derek Dooley does as well. (And if you believe in karma, they've even assigned Lane Kiffin a 3.0 as well) Is there that much pressure on Dooley to perform in Knoxville this year, or would Tennessee ever consider his hire as a stop-gap and dump him if the coaching market totally opened up later this year? I know it sounds far-fetched, but Tennessee didn't have a lot of options available at the time. Naturally, such a move would flip them from being the victim of CFB to being the goat, dumping the prodigy of SEC loyalty without first giving him time to jettison his training wheels. I just don't see Tennessee doing something like that, but you better believe that Dooley has three years or less to once again challenge Florida in the east.

Conversely, Nick Saban and Urban Meyer both have ratings of zero, meaning that no one is worried that Meyer's esophageal spasms are going to hold him back this fall and that Saban is definitely looking for a repeat. Richt and Miles are a different story. While no Dawg fan realistically expects them to challenge Florida this year, another debacle like 2009--the way they were headed before they pulled victories out of their backside against Auburn and Georgia Tech--could spell the end for Richt. Georgia's schedule will be no help either, with two BCS OOC games and the usual SEC fare. Same deal for Miles, whose luster wore off mightily at the end of last season along with fans' patience. With two tough OOC games against North Carolina and West Virginia in the first four of the season, it's possible that a Tiger stumble could get the grumblings on Miles going before mid season. With his first game this fall, Miles will break the record for longevity for LSU coaches going all the way back to the Charlie McClendon days. Should be interesting.