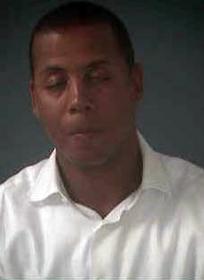 Damn. Even Nick Nolte got a chuckle out of this one.

Georgia AD Damon Evans was arrested in Atlanta early this morning on suspicion of driving under the influence by the Georgia State Patrol. The 40 year old, who is married, was with a female companion, who was also arrested on disorderly conduct charges. A press conference by Evans is scheduled at 6:30 EST today to address the issue.

Evans, who took over for Vince Dooley in 2004, is still one of the youngest ADs in the country and just happens to preside over the most profitable college football team in the country. He's also been the main force behind Georgia's strong out of conference scheduling the past few years.

Why should anyone care? If the long knives come out for Evans as a result of this incident, then a major shake-up in the athletic department in Athens could shape the future of the head coaching job should Mark Richt post another shaky season this year. Evans is thought to be a major ally of Richt, who was forced to sack DC Willie Martinez after last season.

Auburn fans, put Jay Jacobs in a similar situation. While Jacobs is slowly proving himself to be capable of making big-time decisions and acquisitions, could he survive if something like this happened to him at this point in his career? Certainly few will argue that a DUI conviction isn't enough ammo for a determined bunch of detractors, but should it be the standard? ADs and coaches kick athletes off teams all the time for similar conduct, so shouldn't he hold himself to a higher standard? Something worth thinking about.