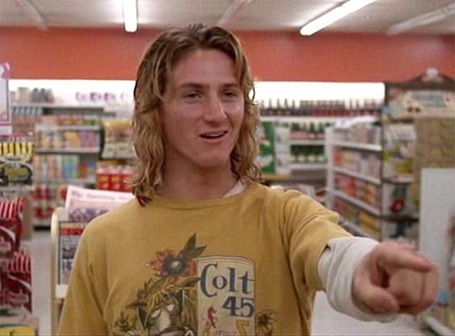 An interesting column by David Moulton last week in the wake of the latest player-agent investigation that openly poses a very provocative question: is it time for FBS college football to leave the NCAA behind? As shocking as that statement is, it's actually possible. Affiliation with the NCAA is voluntary, and teams or conferences or even whole sports can decide to leave at any time. Naturally, for the first two, serious consequences may result, but Moulton suggests that the heavy hitters in CFB seriously consider it for one prime reason: reevaluating the rules for a sport in which the stakes have risen so high that they even rival those of fortune 500 companies. And protecting those stakes!

We probably wouldn't be quite having this conversation except for that breaking agent scandal that wouldn't stop last week, but now it's issue #1, right at the forefront. Or is it merely a symptom to the larger problem at hand? How do you govern and police this money-making mess we call FBS? SEC commissioner Mike Slive didn't have word one about the agent issue in the draft of his Media Days speech last Monday, but he quite thoroughly addressed the issue in his opening remarks by Wednesday.  I think that Alabama coach Nick Saban had something to say about it, too.

This is latest scandal proof positive that big-time college football has simply outgrown the Byzantine rules and constraints of the NCAA and is virtually ungovernable without a major, more liberal overhaul? While no one openly advocates a wild, wild west-type scenario, the idea has been presented that FBS should branch out with it's own form of governance, with rules more applicable to it specifically, and perhaps it's time that we did look at it in a new light. With many of the penalties for both serious and minor infractions considered sometimes Draconian in effect, perhaps a more Libertarian approach would be worth noting. Said Moulton:

The top programs in the country are valued at tens of millions of dollars, some exceeding $100M. Additionally, tens of millions in annual revenue are at stake. Do you really want teenage kids utilizing bad judgment to jeopardize any of that? Talk about throwing a cog into the wheel. In some cases, such behavior is virtually institutionalized, or at least condoned, but many more are isolated, which still can lead to some serious penalties. Should CFB takes the reigns now before the whole team is driven over a cliff? Maybe Slive has the right idea about bringing some of the shadier aspects of the whole business out into the light:

"If we had a student who was a great violinist and wanted to join a symphony and become a professional musician, there are all kinds of things the school could do to help make that happen", said Slive. "I think the NCAA rules on this issue are as much as part of the problem as they are the solution. Instead of shutting things down for these student-athletes, we need to open up the system and give them greater access to it. We need to take the mystery out of it."

Mr. College Football, Tony Barnhart, goes Slive one step further, with a full comparison to the shenanigans today with the prohibition era of yesteryear. The fact that agent contact is so verbotten is analogous to the black market for booze in the 1930s. Players are attracted to the danger of it. But there is an even deeper divide. Says Barnhart:

"There is another facet to this issue that people don’t like to talk about. At the end of the day, the athletes really don’t trust the adults who are running the system. The adults say they working with the best interests of the athletes involved. I think most athletes believe that the adults are looking out for their employer first. So when somebody comes along and points out that you, young football star, are putting money in all of these people’s pockets and you aren’t getting squat, it becomes a pretty compelling argument. I’m not sure I could resist it at the age of 19 or 20."

I believe that the time when major college football calls buzz-kill on the NCAA and seeks a new organizing body is drawing near. The stakes are too high and the chances for EPIC FAIL from just one little player so great that the meltdown-risks must be remade to be in line with the-- admittingly high--rewards. If so, a major overhaul in the many areas will certainly happen. If I were anointed king of CFB, here's how my list might shake out:

1) Recruiting: Probably the most likely candidate for a wild west scenario. Virtually unlimited contact after a point certain, say starting in the junior season of high school.  But with unlimited contact comes higher potential for abuse.  Players could still only commit after their senior season, but I'd say allow them to commit early and often--national signing day becomes a deadline, not a starting gun. Contracts are contracts, though. Once you commit, you're in. Some recruits might want to change their telephone numbers. Nick Saban real happy.

2) Transfer, Redshirt, Medical: Here's the deal. You get four seasons of eligibility to be completed in five years. They don't have to be in a row, and they don't even have to be with the same team. For transfers, if you don't transfer to the next level down (FCS), you lose a year out of that five. Yea, we'll consider hardship medical cases still, but we'll open up the redshirt season to be used at anytime. Why not? They're your unused minutes. Call who you want.

3) Image Rights, Passive Endorsements, Medical or Educational Pension: This is probably where most fans think players get the shaft--as their images are used to advertise and promote the schools and make millions of dollars. As amateurs, receiving outright endorsement commissions could not be considered. Pro players have that right, but they don't have the right to represent their respective team without authorization and just compensation for the organization.  I don't think I would disallow any non-commercial endorsements from players, but that's a mighty slippery slope. Regardless of that debate, I would think that a pension be funded to help players who are medically stricken during their playing careers or to help with vocational retraining or educational benefits for players who don't go on to the NFL.

4) Exposure to agents for career advice: As addressed significantly above. Certainly not all players will have a serious chance to play in the NFL, but perhaps this option could be exercised on a volunteer basis; i.e. for all players requesting it. Team members go in groups, not as individuals, and meet with as large a panel of representatives as possible, starting perhaps as early as after their freshman season. For players wanting to openly declare an end to their eligibility, perhaps an 'Agent Days' event at the school or for the conference where potential draftees can go and start to narrow such decisions down. It is time to bring this sometimes sleazy underworld of the game into the light.

5) Stipends for players: Oh, the big one. You gotta pay them, but you can't call it that. A stipend will do. Yea, they already get a free ride worth tens of thousands of dollars a year, but basically they are de facto apprentice-like employees. Will paying them something remove the spectre of improper benefits still being doled out? Of course not, but having something coming in could go a long way to minimize hard-pressed athletes from considering such a temptation. What's the number? Twenty five years ago, my play cash while I was in school was $100-200 a month. Some of you younger folks tell me what an appropriate number these days might be.

So is that the complete list? No way. There would still be thousands of tiny details to work out, and then a few seasons under the belt to adjust and refine and see where the loop holes are. What are your ideas? Are we ready for such wholesale change in this sport, or is the staus quo okay for the time being? With such a secession, would the gap between the haves and have-nots in CFB become even larger? There are always unintended consequences for everything--especially inaction. But then, there's always been a lot of that in our sport.