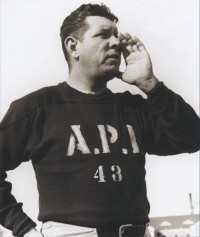 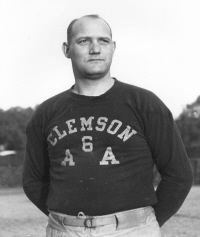 Jordan and Howard were architects of Southern College Football.

The late Southern humorist Lewis Grizzard liked to refer to Clemson as, "Auburn with a lake." He wasn't far off in his observation. In the rich history of Southern football, Auburn and Clemson are nearly blood related. In fact, Clemson owes much of its start to Auburn.

When the two schools meet Saturday night for the 47th time, they'll continue a tradition that started way back in 1899. It's no coincidence that Clemson shares its mascot and team colors with the school from East Alabama.

The similarities between the two can be attributed to the work of one man, Auburn graduate Walter Riggs. He was a member of Auburn's first football team in 1892 and later was tasked with finding Auburn a football coach in 1895. That resulted in the hire of John Heisman.

Riggs left the Plains the following year to start a football program at Clemson. Low on money, Riggs did what any enterprising young man would do, he "borrowed" from Auburn. According to writer W.J. Lane Sr., Riggs leaned heavily on Auburn's resources.

"He (Riggs) brought some old Auburn practice uniforms with him (orange jerseys and navy jerseys) that, because of washboard washings, were no longer navy and orange, but looked more purple and orange. He also brought the name, "tigers" with him, and named his brand new football team the Clemson Tigers.

He chose orange as the dominant color, because those jerseys weren't quite as faded as the navy ones. And from that time forward, Walter M. Riggs has been known as the "father of Clemson Football."

The similarities don't stop there. After serving as Auburn's coach for five seasons, Heisman left the loveliest village after the 1899 season to become head football coach at Clemson. He would stay in South Carolina for four seasons before moving to Georgia Tech.

Both programs owe their success to legendary coaches from Alabama. Frank Howard, the Barlow Bend, Alabama native, loomed large over the Purple Tiger program for 30 years. As head coach, Howard built Clemson into a national power, leading the Tigers to 10 bowl games and an undefeated season in 1949.

At close to the same time, Shug Jordan was doing the same at Auburn. The Selma native led Auburn to 12 bowl appearances over 25 seasons including the 1957 National Championship. In the middle part of the 20th century there were few names bigger in college football than Howard and Jordan.

Auburn leads the series 33-11-2, with the last meeting coming at the 2007 Chick-Fil-A Bowl; a 23-20 Auburn victory. Games between Auburn and Clemson have been sporadic over the years. The two met for 10 straight seasons between 1946 and 1955. Three of those contests took place in Montgomery and Mobile. The two played sporadically throughout the 1960's and 70's, including a five-game series between 1967 and 1971.

Despite meeting nearly 50 times, it's amazing that it hasn't been much more. Separated by only four hours, it's a shame that the two don't play more often. The same can be said about Auburn and Georgia Tech.

Games like the one Saturday night should be cherished. Regardless of the outcome, the two storied programs played a huge role in making college football in the South what it is today. Both represent some of the great traditions in the game.

While I look forward to Saturday, I'm even more excited about making the trip to Clemson next year. Maybe I'll go fishing in that lake. I know I'll make a stop at the Esso Club. And I'll certainly be in my seat when the Clemson players run down the hill to touch Howard's Rock.

If you love college football, then you have to love Auburn-Clemson.

See you in Auburn Saturday.