Share All sharing options for: Big Time Recruiting Weekend Ahead 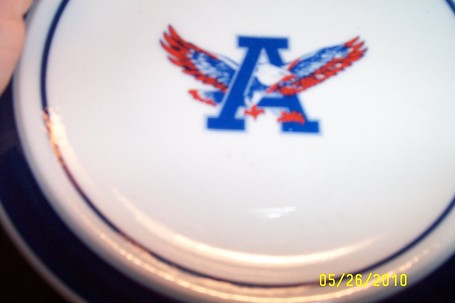 All right people, let's get a move on. I want the curtains washed, the floor swept and mopped, everything dusted, and the kid's on their best behaviour! Roll out the Orange and Blue carpet. We'll serve meals on our best china. We've got company coming, very special company.

This weekend Auburn plays host in more ways than one. While the main goal is to beat the tar out of Clemson, Saturday the Tigers will play host to numerous recruits. Many are Seniors in high school this year, which means they could sign with Auburn in February, but some are just juniors in high school. There might even be a couple of sophomores in the recruiting mix as well. Many of these young men have never experienced a football game at Auburn, much less the ESPN College Gameday atmosphere.

The lifeblood of any program, recruiting plays an integral part in the overall success in any college sport.

The very best analysis that I have seen has been presented by jthaub over on the Auburn Eagle message boards. This gentleman goes into detail about each recruit and what he feels is the chance of Auburn signing them if today were National Signing Day. He breaks it down by position, and estimates what Auburn's coaches are looking for, and how many at each position. Very thorough, and logical.
Here is a sample of his work.

*WR - We have 2 solid true WR commitments here, and one more if you count ATH C.J. Uzomah. There are 2 more guys that could fit into this position we are recruiting.
- **** WR Jaylon Denson - 100%. Recently got a big jump from Rivals to a 4* guy.
- *** WR Sammie Coates - 100%. Could get a big jump in ratings later this year. Some believe Coates could be better than Denson.
- *** ATH C.J. Uzomah - 100%. HS QB and WR will play a TE/WR role.
- **** ATH Kris Frost - 75%. Frost is a very versatile player who we are recruiting as a WR/LB. WR was his early place we were recruiting him, but now it is more of both positions. Auburn leads for Frost and is battling Michigan the most for his services.
- **** ATH Quan Bray - 45%. There hasn't been much on Bray since he last named AU as his leader. He is a guy who is rated as the #16 overall prospect by ESPN. He projects in the slot. UGA will be tough to beat here.
Jaylon Denson, Sammie Coates, C.J. Uzomah, Kris Frost

As you can see he has really done his homework, and has compiled an impressive list. For the rest of his recruiting analysis visit here.

A special thanks goes out to jthaub and the fine folks over at Auburn Eagle.

The importance of this game is evident in Coach Chizik's visit with students this week. Asking all students to be ALL IN.

So get on your game face, Tiger fans of the Loveliest Village on the Plains, and lets show these young men, and the one's currently playing for our beloved Auburn that we support them 100%!