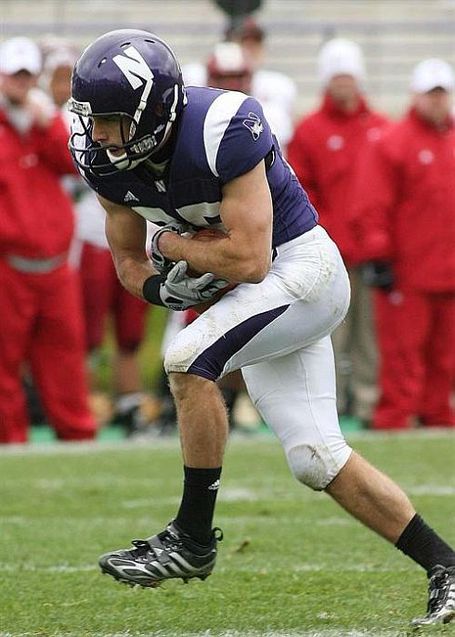 The SEC's biggest threat comes from the Big Ten.

War Eagle, everybody! After an interminable wait, college football kicks off tonight! It is finally time. The SEC begins with a variety of mostly cupcake opponents in the season opener, but there are a few games of interest on the slate, including a couple that the SEC might actually lose. We'll take a look at the SEC schedule this week.

The season starts tonight when Southern Mississippi visits South Carolina. There's been a bit of drama building for this one, as Southern Miss head coach Larry Fedora has all but guaranteed a victory. For the South Carolina Gamecocks, a loss in the opener to a C-USA team would be a crushing blow to their dark-horse divisional hopes. Fedora's words are bold, but history suggests that there will likely be a different outcome. Southern Miss is often described as a team that can give SEC teams fits, but the reality is that the Golden Eagles have not beaten an SEC team in almost ten years. The last Southern Miss victory over the SEC was in 2000, when they shocked Alabama 21-0 in Legion Field. Last year, Southern Miss posted a mediocre 7-6 record, including a double digit loss to UAB. The Gamecocks should handle this game fairly easily.

Florida starts out the Saturday SEC slate with an 11:00 (central) contest against Miami of Ohio on ESPN. The Redhawks finished 1-11 in coach Michael Haywood's first season last year, and gave up 410 points. Florida should be able to name the score in this one.

The other early game on the SEC Network starts at 11:21 AM when Louisiana Lafayette visits Georgia. It will be a good game to tune up Georgia's freshmen quarterbacks, as the Ragin Cajuns have never beaten an SEC team, going 0-51 over the years. Georgia should win handily.

At 2:30 on ABC, Kentucy visits Louisville. The Cardinals should have success under new head coach Charlie Strong, if they can jump-start a dormant offense. The Cardinals had a middling defense last season, and Kentucky loses important players on both sides of the ball. I think Kentucky finds a way to win a squeaker, but this may well be the best game of the day in the SEC.

Also at 2:30 Jacksonville State visits Oxford, Mississippi to take on the Ole Miss Rebels. This game is to be televised on CSS. Jax State is expected to contend for the Ohio Valley Conference crown this season, but there's no way this FCS team matches up with Ole Miss. The offensive line averages about 288 pounds, and they've got to block Gerald Powe? Jack Crowe's Gamecocks will have a tough day.

At 5:00 PM on pay per view, Tennessee hosts FCS foe Tennessee Martin. This is only the second time the Skyhawks have played an SEC team, the previous game being a 2008 loss to Auburn. The Skyhawks had a good year in 2008, but slid back to 5-6 in 2009. While the Tennessee Vols are in full rebuilding mode, Tennessee Martin should not be much of a threat.

Alabama hosts San Jose State on pay per view at 6:00 PM. Alabama is the defending national champion, and San Jose State went 2-10 last season. This one should be over in minutes. The Spartans won't be much competition for the Tide.

Arkansas will host Tennessee Tech at 6:00 PM on Pay per view. Tech Coach Watson Brown had his first winning season with the Golden Eagles last year, posting a 6-5 record. Tech has never beaten an SEC team, and will have great difficulty slowing the potent Razorback offense.

At 6:00 PM on ESPNU, Mississippi State will host the Memphis Tigers. First year coach Larry Porter will try to turn things around from a terrible 2-10 season in 2009. Memphis actually won an SEC opener back in 2004, beating Ole Miss 20-13. The Tigers have fallen a long way since then. The Memphis defense was porous last season, and they'll be trying to stop Chris Relf and a potent Bulldog attack. The MSU Bulldogs should handle this game.

Auburn hosts Arkansas State at 6:00 PM on Fox Sports South television. The Red Wolves have recently given teams like Iowa and Nebraska fits, but their lone win against the SEC happened WAY back in 1910, when they beat Ole Miss 10-0. With many new starters, ASU should not have much luck against a veteran Auburn squad.

At 6:30 on CSS, the SEC faces it's most dangerous test of the week when the Northwestern Wildcats visit Vanderbilt. Northwestern begins life without star quarterback Mike Kafka, but the new guy is senior Dan Persa, who has plenty of experience. The Wildcats should be deeper and stronger at most positions this year, and will spell real trouble for the Commodores. Vanderbilt is coming off a dismal 2-10 season, and has easily the toughest opener in the SEC. It's likely that the Commodores will lose by double digits at home.

The final game on Saturday is at 7:00 PM on ABC. It's the kickoff classic in the Georgia Dome, and featured in the game are the LSU Tigers and the North Carolina Tarheels. This was expected to be a tough matchup for LSU, but everyone is waiting for word from the NCAA on an ongoing investigation. North Carolina could have as many as nine starters declared ineligible. LSU is looking to kick-start their fortunes with a big win in this one. Even if no players are excluded from the game, look for the Tarheels to be a distracted football team. If the Tigers struggle, it could be a long season on the Bayou.