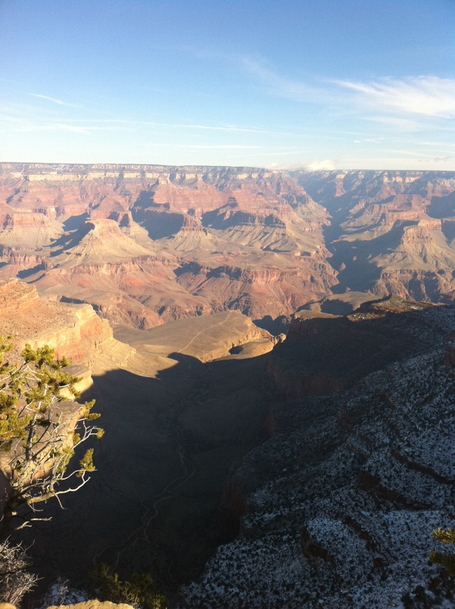 Time after time, this team found itself in a place of adversity, falling behind in games, and fighting the innuendo and accusations from varied faceless sources, and shoddy journalists.

The mentally toughest team, led by the most solid of personalities Auburn has ever had as its Head Football Coach, began this season barely ranked in the AP Top 25. Slowly, methodically, and with persistent effort the Tigers continually climbed the polls, until that one game where, the country had no excuses, Auburn was ranked #1.

Fate, was in our own hands. The only way we were not going to go from one side of that proverbial canyon, to respect, and acceptance, was if we failed to continue our walk. And walk we did. Step by precarious step, marching to the promised land of college football, Glendale, AZ .

Coming out of spring practices Josh Bynes was talking about winning Championships. Nobody outside of the team and it's coaches, believed. Most looked at Bynes with a smile and a wink, and a nod. Like he was excused for dreaming big. Revelations of Bynes predictions prove that he had bought in to the Chizik mantra - Good to Great, and the team was All-In.

Coach Chizik sought the students, and the fans support, asking them to be loud and proud at the games. He didn't just haphazardly ask, he timed his requests for the most opportune times, and the family responded, boy how they responded. The family was All-In.

Arguably one of college footballs most easily recognizable venues, Jordan-Hare stadium was turned into the most fierce place to play a college football game in the country. Even the Television announcers each week would remark about how good, and strong a crowd Auburn has.

As the season wound down, and the final game was to be played, Gene Chizik told his players not to act like they were trying to step over The Grand Canyon, merely, a crack in the sidewalk. As they had done many times before, they trusted the man, they believed in him.

The final play of this dream season was about to unfold. The most unlikely of Auburn Men raised his hand one last time to signal for the snap. Neil Caudle cught that snap and set the ball as he had 10,000 times before. In perfect position, for the most perfect kick in Auburn football history.

Coach Chizik said in his post game press conference "I'm not sure anybody believed in us 15 weeks ago, except us". Well, they believe now Coach. You have made believers of us all.