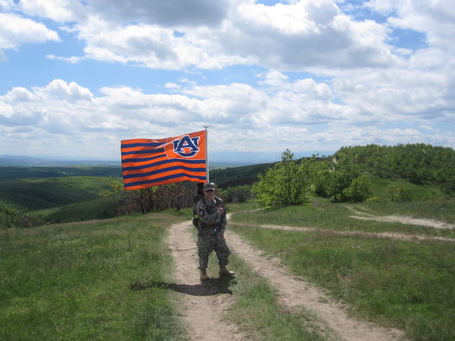 This is it! The event that forecasts the future of Auburn Tiger football is here, and by all standards it's going to be a very bright future. Of course, I am talking about National Signing Day (NSD). It's when the future student athletes make their choices known publicly as to where they will attend college and play college football.

On Wednesday February 2nd, 2010, the Auburn coaching staff must prove itself again. Not quite a full month removed from winning the BCS (Mythical) National Championship, the celebration is over and all attention is turned to next season .

Gone but not forgotten are the Seniors, and the underclassmen who declared themselves eligible for the NFL draft. The athletic complex has already had a minor infusion of new blood, and in just a few short months will be breathing freshly cut grass aroma as it welcomes the new Tigers to the den.

Many questions remain unanswered, excitement is at an all time high, and belief in Auburn and it's coaches is unwavering as we start this journey anew.

I have penned in these columns previously that recruiting is the Life's blood of all college football programs. While most schools that have won the MNC in previous seasons has seen a dramatic step up in recruiting two classes after, rather than immediately. Recruiting Coordinator and Running Backs Coach Curtis Luper recently stated with a smile, that indeed has changed with this staff. "Oh yeah, We've noticed a difference, almost immediately after winning the National Championship"

Doors have opened that were previously closed, and some recruits added Auburn to their list of favorites with the services that report these things, all with out even taking a visit to Auburn. Coach Luper believes that if they can get a recruit to visit, then these young men will fall as we have, head over heels in love with Auburn.

Here is a list of our current commits. Thanks to Auburn Eagle for information.

Two more names can be added as of today 1/26/2011 3 star DE Devaunte Sigler and 4 star RB Tre Mason have pledged to Auburn. Both of these young men were on the coaches "want" list.

The behind the scenes battle for these young recruits is ongoing, and won't stop until the "Dead Period" just prior to NSD. Our coaches will never give up on any young man they think is the right fit for Auburn. They are relentless, and honest, and will never let off the gas pedal in the tireless pursuit of quality Auburn Men!

PS....We will have an all day recruiting thread up and running right here on TET on NSD. Please come by and join in the conversation.