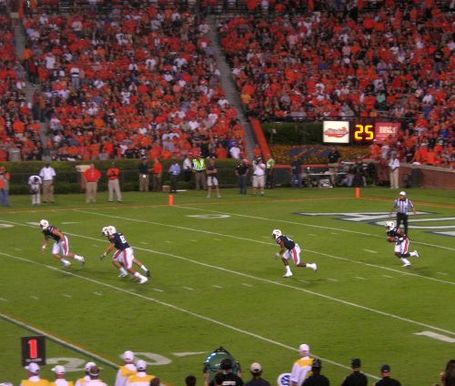 Tigers need a big day from the special teams!

War Eagle, everybody! It's time once again for Auburn football! Today, the Auburn Tigers invade Athens, Georgia for a tilt against the Bulldogs! This game has championship implications, and accordingly, it's being televised on CBS national TV, at 3:30 PM Eastern time. The experts have pegged Georgia as a double-digit favorite in this one, however, the Tigers have a winning record in Athens. Something tells me that Auburn will bring plenty of fight to this one!

Those attending the game, including me(!) should be prepared for seasonal fall weather. It should be mostly sunny today, but the high temperature should only reach about 65 degrees, and it will cool off rapidly after dark in the 3rd quarter. Expect a waning gibbous moon to rise over the stadium near the end of the game.

As always, feel free to join in this thread and celebrate our Tigers! Auburn has a chance to severely damage Georgia's SEC East hopes today, and stake a claim to a January 2nd bowl game. War Eagle! Let's beat those Bulldogs!