Share All sharing options for: Gary Pinkel: SEC Football Coach, or Not... 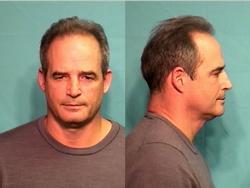 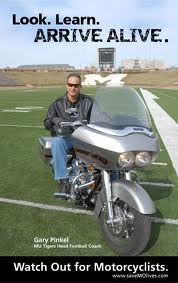 What was he thinking?

After years of promoting the "Arrive Alive" campaign in Missouri, Pinkel, the Head football coach at the University of Missouri, was arrested Wednesday night around 10 pm, get this, for Driving While Intoxicated!

Pinkel has been an advocate for safe driving, particularly for motorcycle riders. He was the spokesman for the "Arrive Alive" campaign by the Missouri Department of Transportation starting in 2008. In the campaign, Pinkel appeared on posters, billboards, and radio commercials urging drivers to watch out for motorcycles and to drive safely.

HERE is the official press release from MoDOT on Pinkel's name being a part of the campaign, which also extended to Motorcycle Awareness ads.

“Last night after practice, I met some friends for dinner,” Said Pinkel. “After dinner, I was stopped by a Boone County officer and received a citation for impaired driving. First and foremost, I am very disappointed in myself for my lack of judgment in this instance. Nobody should drink and drive, including me. My staff and I constantly reinforce with each of our players the importance of not putting yourself into a position such as this. I did not follow that here and for that, I sincerely apologize to the University of Missouri, to our administration, to the Board of Curators and to our fans. I have already met with our staff and communicated with our players and have apologized to them. I accept full responsibility for my actions and will abide by whatever course of action our leadership deems appropriate.”

“We are extremely disappointed in Gary’s lack of judgment. He is known as a man of great character and integrity,” Alden said. “However, this absolutely goes against everything we stand for, and everything that he teaches his players in regards to our social responsibilities. We hold ourselves to very high standards, and this is a very serious breach of those responsibilities. We are gathering facts and will take action appropriately, and when those actions are determined, we will communicate them publicly.”

Sounds like this one could get expensive. Missouri plays against Texas Tech this Saturday. We all make mistakes, let us hope this isn't any worse than looks right now.