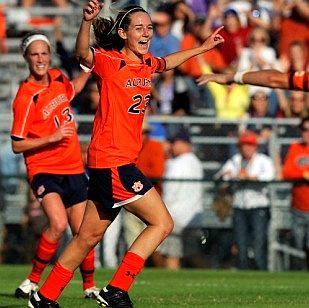 War Eagle, everybody! In Orange Beach, Alabama, the Auburn Tiger women's soccer team has WON the SEC Title! It's the first title the SEC West has ever won in women's soccer. Tigers took an early lead on two Frierson goals, but had to hold off a Florida charge. Auburn junior Ana Cate hit the winning goal, and the Tigers won the match 3-2. Kudos to the Auburn soccer folks, for bringing us home another SEC Title! War Eagle!

This picture via Auburn Athletics is of Toomer's Corner after the big win. 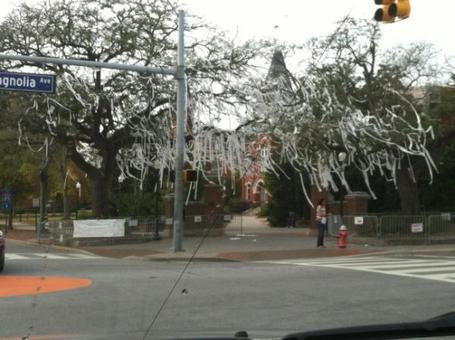