Friday Ramblings With A Video Competition

Share All sharing options for: Friday Ramblings With A Video Competition 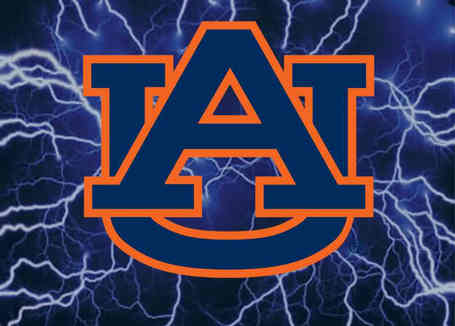 So many things for us to discuss that I don't know where to start.

First what an amazing day we had on Wednesday Feb 2, 2011. National signing day was a thrill for yours truly. The total amount of discussion was off the charts, and the depth of everyone's love for all things Auburn is truly invigorating.

Coach Chizik and his staff signed the most complete group of young Tigers I can ever recall. In just a couple of years we will be immune to the shock of Chizik's tremendous ability, and just come to terms with the fact that we have a real Auburn man as the head football coach at Auburn.

Secondary , linebackers, and defensive line all received needed backup with some quality individuals. Hard to say where the surprise freshman standout will be on this side of the ball, but you can bet every single one of these guys is thinking they will be the next star on the defending National Championship team.

Not to be outdone, the offense signed the best offensive line class in America for the second year in a row. Add three more very respected athletes in the backfield/wide out positions, plus a championship caliber QB, that Gus Malzahn says "is the best High School QB in the country" and can you see, my enthusiasm is warranted.

As seen reported earlier this week, Auburn baseball is about to get in high gear, along with the Women's softball team. Golf has already begun for both the Men and Ladies, Swimming and Diving is in SEC competition. The point being, there is something in Auburn nearly every weekend for you to take the family to go and see. Spring is close, and as the weather allows, enjoy some quality college sports at your favorite place.

Barrett Trotter, need I say anything? I mean really. Gus Malzahn had a new QB every single season since his jump to the college game. Each one of those first year QB's had either led the NCAA in total offense, or set school, SEC, or NCAA records. Trotter has been under Malzahn's tutelage for going on three seasons. In comparison, Barrett should be all world next year. I know, there is that little inconvenience of a new offensive line and all, still, I know Gus is looking forward to having Trotter lead this offense.

Barrett Trotter throws a beautiful tight spiral with very good accuracy, has better than average speed, and should be completely healed from his torn ACL suffered during his freshmen campaign.

While doing the final check on this post, I had the displeasure of watching my twitter screen blow up, with tragic news of Toomer's Corner and the impending disaster that awaits those majestic old Oak trees. Emotions are high, and I know the immediate impulse is retaliation, but we must not act on pure emotion alone. The culprit, or culprits shall be brought to justice, of that I can guarantee. Instead we of Auburn ilk shall prevail on a higher plain.

The damage is done, plain and simple. Test have shown that the trees are too far into the process of soaking up the lethal injection of Spike 80DF. Still Dow Chemical, and the best horticulture minds are at a fevers pace to try and save what they can, if they can. Hope and prayers are all we as fans can do, and all we should do, unless contributions are needed.

I can not speak to the psyche of such an individual who would maliciously and methodically carry out such an act. This not the same as clearing a roadway, or a right of way. This sure as hell isn't standard forestry practice either. It is what it is, a crime. A crime against the City of Auburn, against Auburn University, against Auburn Alumni, and indeed against all who support Auburn sports and that rich tradition involving Toomer's Corner.

A press conference was held in Auburn on Thurday, and covered here. With several experts answering questions from law enforcement to herbicide management, Auburn's very own assistant professor of Argronomy and Soils Stephen Enloe became emotional, and teary eyed when he responded to the, question "Can the trees be saved?" Enloe said, "It's an emotional question, based upon the technical experts I have consulted with around the country, the concentration of Spike found within the soil would suggest, that there's a very low probability"

It has been nearly two days since the news broke, when you read this column. We have a name, and a face of a suspect, who has denied actually poisoning the trees. Still, his bond would suggest otherwise.

Life will go on, and even if altered a bit, so will celebrations at Toomer's Corner.

We here at Track Em Tigers are happy to announce this week we are going to add a new spin to the Friday post. Each week I'll pick two videos for you to watch, and then vote on, as to which one you like best. The video with the most votes will move on to the next week to battle the next one. We will have a champion video winner by A-Day.

The first weeks competition involves former Auburn basketball player Francis Aihe aka Young IE, and Def Drum productions. Both of these videos were made to commemorate the BCS National Championship team. So without further ado....