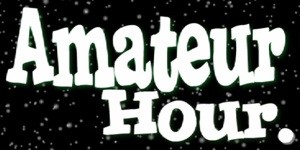 Okay, a free Corvair to those who didn't think Ralph Nader was already dead. The cantankerous 76-year old buzz-kill is still alive and well and looking for something to meddle in. I guess the droll of insignificance was too much to bear. Yes, he did run for president in the last four elections for all the good it did him, but the crusading consumer activist has seemingly found a new burr under his saddle with the inequity of college athletic scholarships, mainly in basketball and football.

While not one to normally extol the virtues of Nader and his tactics, I looked at the soundbites in that article and actually found some notions of his that on the surface I do agree with. It's just his process of implementing them that I'm more prone to have a problem with, especially when Nader plays his favorite hole card, 'government intervention.'

"We'll use all the levers. We'll use the parents of athletes who've been mistreated and sick, and forced to play when they're injured."

Spoken like a true attorney. But Nader does firmly assert his belief in the myth of college amateur status in football and basketball, and that's one point on which I'll have to take his side.

For years, many CFB fans have struggled with two big hypocritical stances in the sport: players who are obviously unqualified academically to be attending their institutions of higher-learning; and the perceived inequity of how much revenue those players bring to their universities compared to the compensation in the form of scholarships they actually receive. The debate continues unabated through the decades.

Obviously, top programs must push the boundaries with academics to get top athletes, admitting questionable students, then holding their hands 24/7 in an effort to at least keep them eligible for 4-5 years. Graduation rates, truth-be-told, the actual benchmark of success for academic types and lay-persons, comes in a distant second. While many fans may not necessarily have a problem with that, most true alumni who hold the sheepskin are probably bothered a little, even if they do keep it to themselves mostly. Regardless, what would that do to the game if the more talented athletes were academically disqualified?

With top athletic programs now raking in tens of millions of dollars each year and having market capitalization in the hundreds of millions of dollars, the inequity of what the players receive has never come shining more brilliantly through. The notion of paying players has been around for a while, but voices are getting louder each year. While it seems a fair idea on the surface, few fail to consider the unintended consequences of such a policy:

Yes, the landscape for change in these areas is fraught with many challenges and pitfalls ahead. But does anyone believe that we can maintain the staus quo? Let's look at reality: does anyone deny that college basketball and football are de facto farm systems for the pros? They are, apparently only lacking the direct control of the NBA and the NFL, who none-the-less still attempt to exert it and maintain a sphere of influence where they can.

So what, you say? Once the NBA abolished the drafting of underclassmen, college teams literally went to becoming mere transit stations for talented players looking for a quick hop up to the bigs, and that practice devastated the game in the process. The NFL will not draft freshman or sophomores, but how long do you think that will remain the status quo? Already you see a system of journeyman players who hop from program to program or to to junior colleges in order to keep their eligibility alive just long enough to make it into the draft their junior years. If you don't think that's not disrupting to a team, then talk to an Auburn fan about Cam Newton and Nick Fairley this year.

Don't get me wrong though. With the economics and opportunities working for the players, you can't blame them for taking the money when they can. It's more than that, though. It's also chasing a dream--one that few players will achieve and even fewer can resist. My libertarian beliefs totally side with them. As a matter of fact, I see no reason why a player of any sport above the age of consent can't decide to contract with whichever pro team that may value his/her services and the dissuasion of such activity in my view borders on being anti-trust behavior by the cartel pro leagues. The only catch is that you can't have it both ways. You're either amateur or professional, and I'm tired of the lines being blurred.

We talked about farm systems briefly above. Baseball has them, always has--pioneered them. They draft hundreds of kids each year right out of high school. Many of their players go on to the Major Leagues. Can anyone argue that there is a dearth of talent then in college baseball? If not, is it possible that many true student-athletes are to be found on the college baseball diamond? Yes, I know that graduation rates for baseball players aren't much better than their pigskin and round-ball counterparts, but at least in baseball, you have a choice. And if the temptations of the dollar get too tempting, you can always take the money and run. Why shouldn't they do that for football and basketball?

Maybe the answer for most of the ills of our sport is to finally give the football and basketball athletes a choice. Have the NFL and NBA spend the money to establish their own farm systems and draft qualified athletes in those sports right out of high school and sign them to minor league contracts. Let the pro scouts put their money where their mouths are and take the pressure off of college sports. It's simple economics at it's base. If you're the type of player that major programs might commit major infractions to land, what harm would come your way if that checkbook was now out in the open? Then, true student athletes could go on to the colleges and universities and play for them. Would you cheer any less for your program? I suspect many CFB fans could care less and keep on with the rah-rah.

I think that initially there would be a significant drop-off in talent left in the college ranks, but over the years, you would start to see parity come back. What about all the recruiting infractions? There would still be some, but it would be significantly diminished from what we have today. And I think the days of a recruit having college fans salivate over him playing three college hat Monty in front of a crowd of reporters would be long gone. And mercifully so.

So is the implementation of true farm systems the answer? If not, what do you think will be? Many make money on the status quo, but I think the days of it ending are drawing near. Something's gotta give soon, and it might be time for us to start to think about our brave, new world--before Ralph and his government goons get into the fray.