Share All sharing options for: Looking Forward - The Coaches 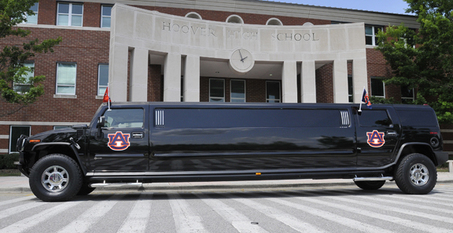 Looking squarely into the crystal ball, I see an amazingly different picture, than most of the so called experts that have chimed in thus far. Recall if you will, the 2009 preseason predictions. Now compare them to what drivel you are hearing amongst sports analysts, naysayers, and media attention grabbing Goobers.

We have already looked at the different on field positions, and the new faces that will abound on the Plains this year. Truthfully if it were the same scenario as 2009, I would probably be going right along with those sports "experts" mentioned above. I just can not bring myself to the same conclusions as they, for the scenario is vastly different.

First let's examine the defensive side of the ball. Only one new position coach, who, by all standards is the unanimous "right choice" for this style of defense, has been added to the existing staff. All of these members and the defensive coordinator have the same philosophy. Look your opponent in the eye, tell him you are going to whup 'em and then do it.

They talk softly to the press, but rest assured when coaching, and getting our warriors ready for battle, soft talk is tossed to the wayside, for a more traditional method. Blunt, hard nosed, and deliberate is the mode, and nothing less than your best will be accepted. These coaches, although with varying personalities, all walk with a swagger, and a dedication, to helping each and every athlete achieve their utmost potential.

So, we have established that we have an intact coaching staff for the most part, and this is the third year they have been together recruiting, and building the team the way they wanted it. See the huge difference from 2009?

Not a new staff, that has been recently assembled, by an unproven head coach whose cross state rival had just won the National Championship. Added to the comparison has to be the recruiting. In 2009 Chizik and company only recruited about half of the players signed that February.

Now though these coaches have hauled in two top ten recruiting classes, and all the players know the system they will play in. Most importantly, is the fact that these players were recruited specifically for these coaches and their styles.

Look for Ted Roof and company to bring the heat to opposing QB's this fall. Look for double the number of interceptions, and expect Auburn's defense to live up to the defensive standards we had become accustomed to, when Chizik was the Defensive Coordinator at Auburn.

Continue reading after the jump...

If the coaches on the defense have the same basic traits and coaching style, the staff on the offensive side of the ball are as different as night and day. We have heard Coach Luper make predictions about his running backs, and everyone knows the hype antics of Trooper Taylor. If anyone needs to get pumped up about being in Auburn on game day, then follow along with Coach Taylor, you are sure to be ready to strap it on. Coach Grimes is your prototypical offensive line coach. He knows what it takes to get offensive lineman mean, and ready to sacrifice themselves for their QB.

Contrast those personalities with the steady, unwavering style of Gus Malzahn, and you get both ends of the spectrum. Malzahn is the cup that keeps the coffee gathered and hot while you drink, and then hangs around until you are ready for another cup. Dependable, and professional are his demeanor. Tasking and confusing are his offensive schemes. It's not that it's a complicated offense, if you have time to analyze each and every play and then write about it. It's not any fun to defend when you only have a few days to scheme against it, and your players have to recognize and react in a few moments time.

It is my opinion that the loss of the Heisman winning QB from a year ago is way overblown. Now, don't just roll your eyes and not let me explain what I mean by that. It will be sometime before we get to see another athlete take a team to heights that Cam helped Auburn achieve last season. In fact I'll state right here and now, that the one single piece to Auburn's offense that could never be replaced, is one Gus Malzahn.

It has not mattered who the QB was. It has not mattered the quality of athletes around the QB, or that the Wildcat was run as much as any other part of his offense. All Malzahn has done is win. For a very good read on Malzahn, and his offense I recommend this article by Chris, over at Smart Football.

Facts can not be changed, Malzahn's production has been unparallelled, and probably could not be equaled by any other offensive coordinator in the game today.

The captain of this crew is none other than Gene Chizik. The face of the football program, and the media's worst interview (applause). Coach Chizik has a fantastic way of getting his staff, and the players to work together toward a common goal, and achieve that goal. It's not the CEO style we have witnessed in the past. It's more of a "hands on" approach, with an iron will, a friendly warm look. Just be sure to adhere to all the rules, or an iron fist will fall.

Nobody really knew what to expect in 2009, the Tigers delivered with an 8-5 record when most pundits picked Auburn last, or next to last in the SEC West. Last season Auburn was picked to finish behind Bama, LSU, Arkansas, and tie Miss. State in the West, with few picking Auburn to continue to build on their success of '09. Gene Chizik saw an opportunity, conveyed that message to his coaches, and players. Chizik then put the plan in motion with the senior class, convincing them to propel this team from "Good to Great". It worked to perfection.

This writer sees an immense advantage in 2011 vs. 2009. A coaching staff that has embraced the media's attempts at claiming Auburn as one and done, and all spring long you heard the coaches telling players, "all the good players are gone", that's exactly what the media is telling the whole world too.

As long time contributor "Sparkey" has on his sig, when he comments - "It's Auburn against the world, Good Luck world".