Is the NCAA on a Warpath?

Share All sharing options for: Is the NCAA on a Warpath? 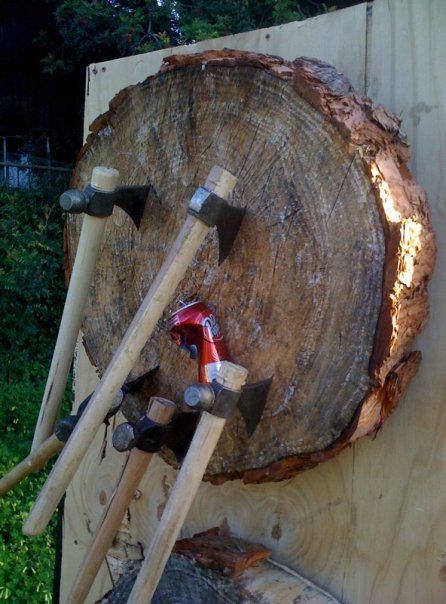 Not many people heard Friday that the NCAA had placed Georgia Tech's football program on probation. Even fewer knew that they were being investigated at all. A 20-month long investigation starting from late in the 2009 season culminated in the program being placed on four years' probation, the vacation of the 2009 ACC title and a $100,000 fine--for improper benefits from a possible agent to two players, and more likely, Tech's purported hindrance of the investigation. Heard that same story recently about a program out of Ohio?

The players, Morgan Burnett and Demaryius Thomas, allegedly received around $300 in clothes and a cell phone  from a former Tech player who might have been acting to steer the two to an agent once they went pro--which they did at the end of the season. So, hit a program that hard over a few hundred bucks worth of benefits? That seems rather harsh, but it goes deeper than that. Initially, the NCAA was to come down and interview Burnett, and the only people that were to know about it was the Tech president, the compliance officer, and AD Dan Radakovich, who promptly informed coach Paul Johnson.

Johnson then questioned Burnett on his own, who denied any wrongdoing. Then all four school officials met with Burnett, in defiance of the NCAA's request for him to not be informed of the looming interview. The NCAA enforcement officer did come down and conduct the interview but discovered that Burnett had been prepped beforehand. Apparently the NCAA has the intention of getting more honest answers in an ambush-type interview process and was peeved that Tech had let the cat out of the bag. For me, while understanding that the NCAA has a difficult job to do, I'm a little uneasy about any individual being questioned in a matter that precludes a prior notification or the lack of representation. Kinda seems un-American.

That interview with Burnett then led to the discovery of possible improper benefits to Thomas. The NCAA notified Tech that both players should be declared ineligible and that the subsequent playing of them would have to be justified. Both kept playing through the end of season loss to Georgia, the ACC championship game and the Orange Bowl loss to Iowa. In that scenario, it seems that Georgia Tech might have been thumbing their nose to Indianapolis, and is probably the reason for the harsh penalties over what should have been minor violations. But as is in a lot of these cases, it's the cover-up that worse than the underlying crime.

The NCAA definitely felt that they couldn't prove the agent relationship regarding Burnett that could have led to even harsher sanctions because Tech had prepped him prior. That defiance has brought them significant penalties that are far-reaching for not just Tech and the ACC, but for college football itself. Already, you've seen the signs that Indianapolis is ready to go on the warpath, and you better come clean or you just might get scalped--and we're not talking tickets. Make no mistake, the NCAA is out to re-assert itself as the law of the land. Meet the new boss. Maybe not the same as the old boss.

Also last week, Ohio State went ahead and vacated all twelve victories from 2010 in an effort to stave off upcoming penalties from the NCAA--this on top of already forcing HC Jim Tressel out. Just how hard is the NCAA throwing punches these days that a program like OSU goes ahead and just vacates a 12-1 season? Wouldn't that be the capital offense that most schools would prefer to roll the dice on, hoping for an aquittal (or a hung jury) rather than cop a plea up front? Clearly those in Columbus see a freight train coming and vacating all your victories as the opening negotiation tactic is the poker equivalent of 'all in'. Now where have I heard that phrase recently?

And come on now, can it be mere coincidence with the leak last week of Gene Chizik's exchange with a NCAA compliance officer about when the Cam Newton investigation was to be concluded? While the harsh answer, "You'll know when we're finished and we're not finished.", was totally candid, the subsequent resounding message it sent couldn't have been better scripted.

Although Auburn detractors still eagerly await the smoking gun in that case, nothing new has been made aware in months, yet the investigation is going to remain open. Everybody knows that. Sometimes it takes months or years for information to come to light, and even if the NCAA does officially close it, don't think for a minute that it wouldn't be reopened immediately if new evidence surfaced. Why Chizik chose to air his concerns to that official in that environment is known to few, but the rebuffing he received is known to the whole country. While I would never believe that coach Chizik would lob one over the net for the NCAA to spike back down, the assertiveness shown by this official is the kind of publicity Indianapolis couldn't buy for their new get tough campaign. Meet the new NCAA enforcement division. They had quite the week.

With infractions popping up everywhere and the pressure on big-time programs to produce as high as ever, the job of the NCAA keeps getting harder. The last thing they can tolerate is for programs to openly defy the rules and impede the investigations. They're going to start hitting the guilty programs harder than they've ever been hit before, as a lesson to the others. Deterence is one of the last weapons they have left to wield. And with the recent cases of Georgia Tech and Ohio State, I think the NCAA is stating a pretty good case of their intentions.