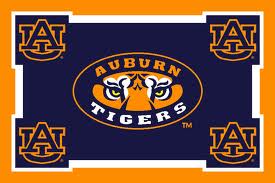 Welcome friends of the Plains, and War Eagle!

What a great week we had, huh? The SEC Media Days event was a blast. South Carolina Coach Steve Spurrier was as outspoken as he has ever been, and Dan Mullen has not learned how to speak without creating enemies, and disrespect for him and his program.

Coach Petrino appeared very confident, and yet very uneasy during his time at the podium, and Coach Muschamp is fired up( no surprise there ) and ready to get started. Our Coach Chizik seem at ease, calm and deliberate. According to most of the beat writers that cover Auburn football, Gene's answers to national media questions were nearly exactly to theirs. He is consistent, that's for sure.

Nosa Eguae and his interviews went really smooth. He is a well spoken young man, especially for 19 years of age. When asked about the quality of the running backs in the SEC, and who he thought might be the best, he flatly stated, that he had "played against them all, and the one name he sees missing from the newspapers, and sports shows is Onterio McCalebb". What you do hear about Onterio is speed this, and speed that, which is true, but "this spring he ran between the tackles quite a bit", and was successful. Echoing what Coach Malzahn had said in an earlier interview, McCalebb has "gained some more weight, and not lost any of his speed. He'll need that to be an every down back in our league".

Philip Lutzenkirchen tackled the most asked question for the players, which was about losing so many players from last season. "We have used it for fuel, to drive our workouts this summer. We have heard it since January, that we are not going to be as good. I think we will surprise some people this year".

Elsewhere in the not news worthy department, a former Alabama graduate and current bookie Danny Sheridan, broke a huge news story on the Paul Finebaum show about a "bag man" the NCAA has interviewed in the Cam Newton case. Apparently he lied, and was backtracking out his statements before the end of the show. I know I'm shocked that someone would lie about the investigation surrounding the Cam Newton recruitment, aren't you?

Here is someone you can believe...