Share All sharing options for: Toomer's For T-Town Mensware 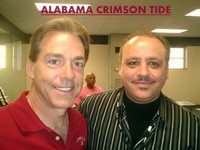 "Our compliance people have been on top of this for a long time. I think this is an example of...it's not a violation if you sign a shirt for somebody, you just can't receive compensation for it. We've done a cease and desist with this establishment a long time ago to make sure everybody understands what players can and can't do. You know, I guess I could ban our players from the place but until somebody can sorta convince me that somebody is doing something wrong - which I haven't been convinced of yet - I don't know if that's fair to our players." --Nick Saban 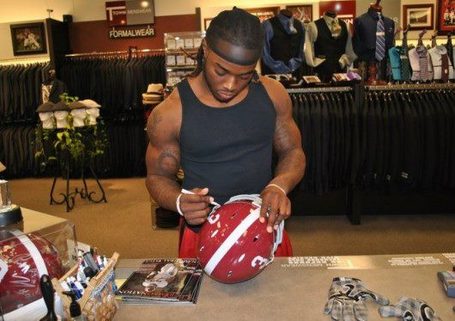 "Given the numerous items of memorabilia displayed in your store, including at times, some belonging to or signed by current student-athletes, you have potentially placed the University and its student-athletes at risk. This risk includes exposing our student-athletes to potential NCAA investigations or sensationalized journalism based on assumptions that wrongdoing has taken place." --Mal Moore 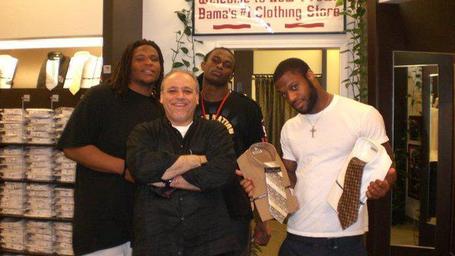 The cease-and-desist letter Alabama sent to T-Town Menswear in December would seem to be in relation to another statute, NCAA Bylaw 12.5.2.2, which requires student-athletes or their institutions to take steps to stop the use of their names or pictures as promotional items when done without their knowledge. --RBR 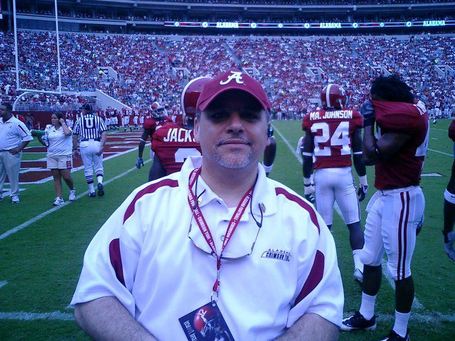 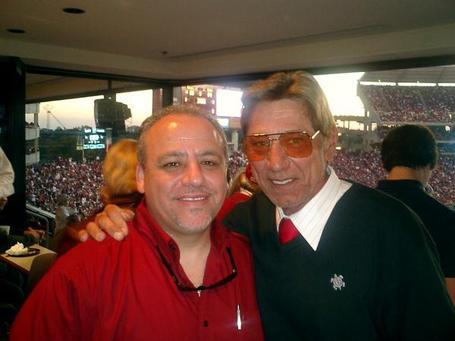 I wanna kiss you. --Joe Namath 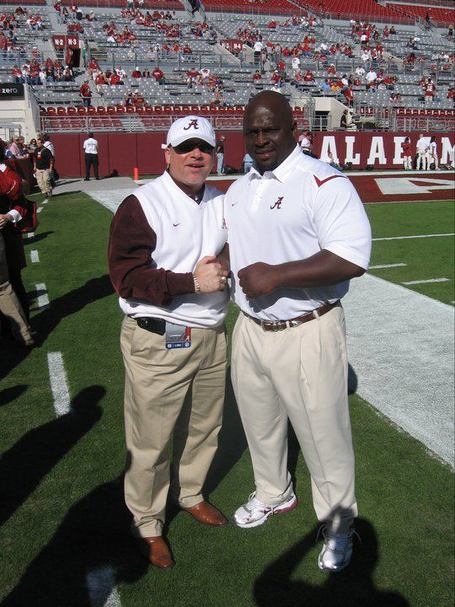 "Alabama said...that it sent Albetar a letter dated March 31 of this year disassociating him from the program for a period of three years even though, as the letter said, the school did not conclude that he was a booster and did not accuse him of breaking any NCAA rules." --Kevin Scarbinsky 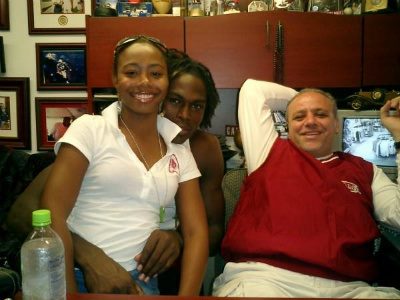 "To Whom It May Concern:"--beginning of cease and desist letter sent by the UA compliance office to T-Town. 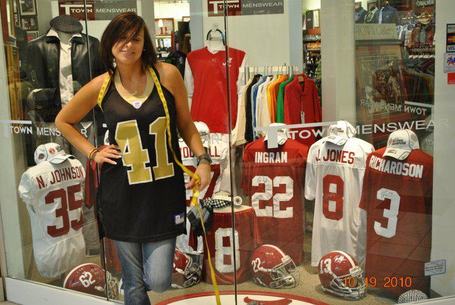 "Bama Memorabilia. DISPLAY ONLY. NOT FOR SALE." --sign in window at T-Town Mensware