Share All sharing options for: Football is Almost Here! 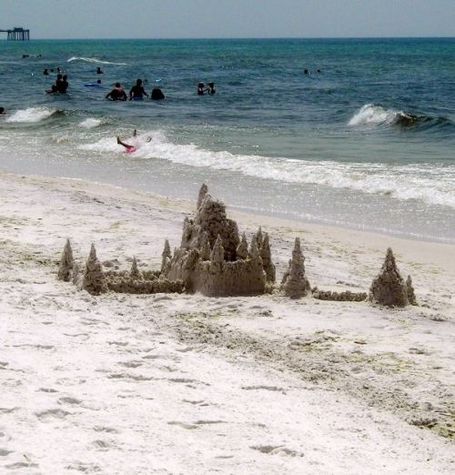 The National Champion Tigers are rebuilding this August.

War Eagle, everybody! Watching the sun rise this morning on the beach, it’s hard to believe that in just 23 days, Auburn will be taking on Utah State. Are you ready for some football? I am! The Tigers are a week into fall camp, and it’s been tough to get real news from practice. There have been a few tidbits here and there, and we’ll get into those in a minute.

Auburn’s schedule falls a bit differently this year, than in previous years. For the first time in decades, there’s no "amen corner," rather, there’s some actual preparation/rest time for the Tigers. After playing Ole Miss on October 29th, Auburn takes its bye week, and we’ll take an off week on opponent previews. Then, the rested Tigers travel to Athens, Georgia to take on the Bulldogs. Homecoming against Samford follows, the weekend before Thanksgiving. That’s going to make for a crowded holiday week! It’s as late in the season as I ever remember homecoming falling. Samford should not prove to be too difficult a challenge. Auburn has not lost a homecoming game since 1991, and Samford should make it 20 straight wins. It will be very strange not playing UGA and Bama as the last two games of the season!

Thus far in fall camp, the most troubling news comes from the two lines of scrimmage. From what I can tell, the defensive coaches are most worried about the tackle position. There’s no Nick Fairley this season, nor anyone who can play at a Zach Clayton or Mike Blanc level. It looks to me like the coaches are getting ready to throw the freshman signees in there immediately. We may not have bellcow tackles, but the coaches may try to solve the problem by rotating fresh bodies in there. Look for lots of early minutes from Gabe Wright, Jabrian Niles, Devaunte Sigler, and Angelo Blackson.

The most talked-about linebacker in camp is sophomore Jake Holland, and it’s been all good. I think the defense is in solid hands, there. I think we’ll be deeper and more able in the secondary, although sources say that there were a LOT of missed tackles in the scrimmage Wednesday. Redshirt freshman corner Jonathan Mincy had a great A-Day, and he’s apparently carried that momentum into fall camp. He’s pushing Chris Davis for the starting spot.

The Tigers have done some special teams work, and coaches like what they’ve seen from sophomore kicker Cody Parkey. He’s been successful making field goals, and his kickoffs are reaching the goal line a good bit of the time. Sophomore punter Steven Clark shows additional leg strength this fall, but still has consistency issues. The search for a reliable punt returner goes on. It’s apparently a two-man race between senior Quindarius Carr and redshirt freshman Trovon Reed. I think Reed will win the job if he stays healthy.

The bad news for the offense is that starting right tackle A. J. Green has missed practice due to injury. I have to wonder if the ankle is still bothering him. It’s a blow for the Tigers if he can’t go, because he looked the best of all of the tackles on A-Day. Redshirt freshman Chad Slade has been impressive in Greene’s place. In other O-line news, three true freshmen are already making serious bids to start. Center Reese Dismukes is said to be neck and neck with sophomore starter Blake Burgess. Guards Greg Robinson and Christian Westerman are pushing junior John Sullen and senior Jared Cooper. This competition on the line can only make the Tigers better going into the season. Powerful blocking has allowed the Tiger offense to make quite a few big plays in the first days of full contact.

At the blocking tight end/h-back position, we have Phillip Lutzenkirchen, and… no one else has really distinguished themselves. Lutz is going to play a lot of minutes this fall. Word is that redshirt freshman Ladarious Phillips has recovered fully from his injury last fall. He’s a load running the ball on short yardage, and has good hands out of the backfield. As a blocker, he’s still tentative. If the season started tomorrow, the starting H-back would have to be senior walk-on Chris Humphries.

At wide receiver, Emory Blake is head and shoulders above the rest in terms of being a complete receiver. There’s been significant improvement with the rest of the cast, but little movement on the depth chart. Right now, junior DeAngelo Benton and senior Quindarius Carr are the second and third receiver. Trovon Reed is having a great camp, and could take one of those starting jobs away before the season starts.

The concern at running back going into the season was depth. Beyond sophomore Michael Dyer and junior Onterrio McCalebb, Auburn had little but walk-ons. That issue has been addressed, thus far in fall camp. True freshman Tre Mason and junior Anthony Morgan are running well in camp. Mason rushed for 3 scores in the scrimmage Wednesday. We’ve got multiple runners, it seems. It remains to be seen how good their protection is. Right now, we do not have a good max-protect package like we did last season with Eric Smith and Mario Fannin.

Another area of growing concern is the quarterback race. Freshman Kiehl Frazier has played well enough to force a three-way battle for the starting job with junior Barrett Trotter and sophomore Clint Mosley. According to the coaches, all three are moving the team. It’s concerning that one has not separated himself. I’m guessing a decision must be made some time next week, in order to have a starter ready to play against Utah State.

Gameday is just three short weeks away, folks! We’ll be keeping an eye on the Tigers. Looks like a lot of jobs are still up for grabs on this talented team. War Eagle! Football season is nearly here!