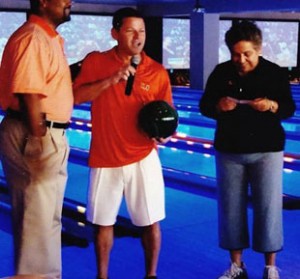 I never liked the Miami Hurricanes, one of two teams in the sport I don't respect, but I felt sorry for them last week as the tsunami known as the Nevin Shapiro scandal washed over Coral Cables in a wave of comprehensive allegations that threatened players, coaches and even the administration alike. Never before has such widespread and encompassing accusations come from a former booster who laid out his case to Yahoo Sports in an eleven month investigation. With the NCAA now investigating it for the past five, the lid has been blown off and it exposes the ugliest side of our sport that most of us hoped wasn't really there.

We Auburn fans have learned nothing the past ten months than to not rush to judgement concerning these delicate issues. Our detractors will say that we shouldn't have an opinion at all, but that's simply rubbish. Jay hit the nail on the head yesterday when he alluded to the fact that CFB reporters can't even mention the word investigation these days without a rehash of Auburn's ordeal last year as some form of background material or file footage to roll while discussing the subject. Allegations are just allegations until proven, but even a precursory glance at what Miami is staring down makes you realize that the weight of it looks very daunting.

Everybody has their suspicions about who the cheaters are in CFB. In Auburn, we think it's Alabama. In Tuscaloosa, they think it's Alabama, too--because they know more than we do-- but they probably have Auburn down as a close second. In Phil Fulmer's mind, it's everybody, but I digress. Seriously though, if you drew your crime scene time line back to the early 1980s and looked at which team had come the fathest the fastest, it's the Miami Hurricanes. Three national titles in the 1980s, followed by two more in the next twelve years, not to mention all the times they came so close. Could we only now be seeing the tip of the iceberg?

Were they dirty then? I think so, because exactly how does a private, expensive, liberal-arts commuter college with 3000 students rise to the summit of the sport in just over a decade? Sure, they had some of the best athletes in the nation playing in their backyard, but how did they keep that pipeline open with the rise of FSU and Florida around the same time? Don't think it was just about that Miami mystique. Don't take my word for it, take theirs.

The film last year on ESPN's 30 for 30 series, The 'U', chronicled all the excesses of the program back then. With hangers-on like Luther Campbell of 2 Live Crew surrounding the program, the players on that documentary openly reminisced about the extra bennies, especially the offering of bounties for specific plays or acts. Coupled with the rogue's gallery of characters coming out of Miami the last three decades, in addition to some of the coaches, you can't tell me that something wasn't rotten blowing in on the breezes off Coconut Grove.

But that was then and this is now. I'm sure they came clean in such candid fashion in Billy Corben's film because the statute of limitations was long up. But the NCAA has a long memory and perhaps they now have a framework of how things work at The U because the template then seems to match what we are seeing today.

Most disturbing about this scandal--even more than some two-bit con artist trying to buy his way into the program by paying players a wide array of benefits that companies like Google and IBM would be envious of--is the mounting evidence of contact between him and a number of coaches. Hundreds of phone calls have been documented. That's more damning than the on-top-of-the-table dealing Shapiro had with the university itself, donating money to the school under president Donna Shalala's tenure and then doing his dirty dealing underneath. The fact that she's still holding the reigns there a week into this mess must be testament to her forging in the fires of scandal back in the Clinton administration .

Currently, fifteen athletes and at least ten football players are being investigated and having their eligibility called into question. Not all of the players have been named, but all are said to be considered significant contributors for the upcoming season. Miami is staring down a more devastating scenario than even North Carolina did last year with many of their start players held in limbo so close to kickoff. But that pales to the awaiting heavy hand the NCAA may still wield for coaches and administrators who may have knowingly looked the other way.

Special irony is reserved for former Miami AD Paul Dee, who served in that post from 1993-2008, and then moved on to work for the NCAA in the infractions committee. Dee was the leader in the Reggie Bush case, who penned in that report these words that may come back to choke him:

Universities may not hide their heads in the sand and purport to treat all programs and student-athletes similarly when it comes to the level of scrutiny required. The more potential there is for big payoffs to student-athletes once they turn professional, then the more potential for illicit agent and third party involvement in the provision of significant cash and other benefits. In turn, heightened scrutiny is required.

No other program in CFB was putting more players into the NFL during that time than the Miami Hurricanes. Do you think that Dee could have had a little more scrutiny? What's going on here? Time to get the resume together, Paul.

And what of those assistant coaches implicated so far in this scandal? Two of them are currently at Alabama, Jeff Stoutland and Joe Pannunzio. There's already been over 400 phone calls documented between Shapiro and Pannunzio. Saban has been diplomatic so far, but if I were him, I'd drop those guys faster than a 24-0 lead at Bryant-Denny.

Don't think we can be touched at Auburn? We tried to hire one of those guys as defensive line coach before Mike Pelton took the job. And what about Pat Nix? He had a brieff stint as offensive coordinator under Randy Shannon. Could someone as high up as OC, DC or HC had known what was happening?

I take no joy or schadenfruede from what is happening at Miami. I weep for my sport. I know that any school at any  time could easily be in the Canes' shoes. Does everybody cheat? You hear the rumors, even about your own program. None of them are totally clean if you ask me. You just have to catch them. These days the attacks come from all angles--boosters, agents, nobodies--your own father shopping you around like a rented mule. Will we ever clean this up, or do we just not talk about it, only whispering under our breath to our cohorts we trust? I think I'm tiring of the portion of our sport that's played in the shadows.