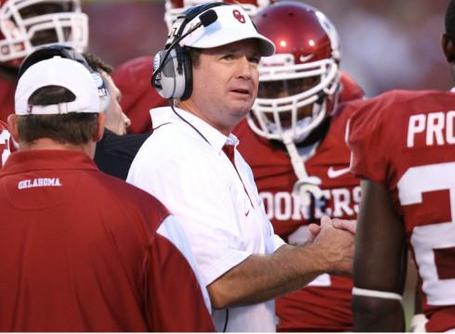 Big Game Bob and the Sooners are said to be the best as of now.

Looks like the coaches are first on the board with the preseason poll hype. Oklahoma, Alabama, Oregon and LSU all garnered some first place votes. The defending champion Auburn Tigers come in at 19th, which although is better than last season's preseason ranking, is the lowest slot ever for a national champion since the USA Today poll premiered in 1991.

Half of the SEC West is ranked above us. I hope this poll has already found it's way onto a locker room wall somewhere on the Plains.