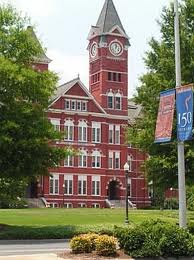 The WNBA's Atlanta Dream announced Wednesday that Ciampi will serve as an assistant this season for head coach and general manager Marynell Meadors.

Ciampi spent 25 years at Auburn, leading the Tigers to three straight appearances in the NCAA championship game from 1988 to 1990.

WE can use this as a game thread for Auburn hosting Kentucky tonight too.