Share All sharing options for: I'll Prove That I'm An Idiot - John Cooper 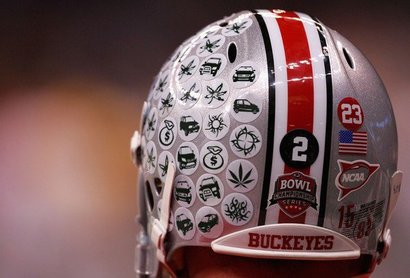 In case you have missed the scuttlebutt this morning, former Ohio State Buckeye Coach John Cooper has pointed fingers at the SEC in it's entirety, as a conference of cheaters. As witnessed by these completely astonishing remarks...

"I see some of these teams, the Auburns. I’m told, I don’t know and I haven’t coached in that league, but I’m told that down south the Alabama’s and LSUs and some of these teams that have these great players, that maybe the NCAA needs to look into their situation. Those teams have been on probation. As you know, Alabama’s certainly one of the most penalized teams in college football, as is the Southeastern Conference. We say the SEC’ the best and they are the best, but they’ve also had more NCAA violations than probably all the other leagues put together the last 10 years."

This is a prime example of extreme ignorance, provided by one of the B1G's village idiots. It's one thing when a fan spews stupid, another entirely different matter when key figure, or a former one at least proves their complete and total ignorance of actual facts.

Now that the bubble has burst on the Big 10, and their marquee programs have been exposed as scandalous as any ever in the history of college football, their way of showing that they will right their sinking ship is to point fingers and cry wolf. PATHETIC!

Check your facts old man, or shut the hell up! That is all.