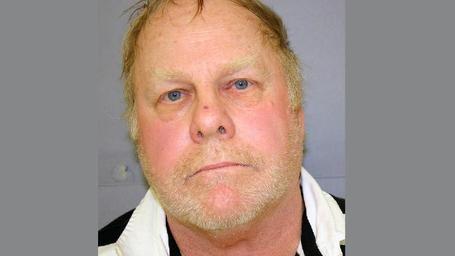 Accused tree poisoner Harvey Updyke has turned down a plea agreement that would have resulted in a 13-year prison sentence AND required him to never attend an Alabama sporting event for the rest of his life, reports ESPN. The trial is scheduled to begin in Lee county on March 5th.

Updyke is charged with four felony charges and two misdemeanors. The charges are two felony counts of first-degree criminal mischief, two felony counts for unlawful damage, vandalism or theft of property from a farm animal or crop facility and two misdemeanor counts of desecrating a venerated object. He is facing up to 10 years for each felony conviction and 1 year and a $2000 fine for the lesser charges. He has pleaded not guilty by reasons of mental defect or disease.

Is a 13 year sentence appropriate in this case? If so, is the part about not ever attending an university of Alabama sporting event really fair? I could see having him never set foot in Auburn again, but the latter seems a little over-reaching.

Charles Barkley has already weighed in on the subject: "That's too much," Barkley said. "Is he an idiot? Of course, he's an idiot. You can't let him off for free. You give him a month in jail and make him donate money to Auburn. You can't put the guy in prison for 13 years. That's crazy."

The charges could be worse. He could have teabagged someone.