Share All sharing options for: Recruiting: The Ugly Truth 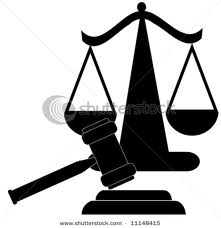 YOU BE THE JUDGE!

Unfair practices such as over signing prospective student athletes, have been banned by the SEC. Most schools are going by the rules.

In an article by Steve Eubanks of FoxSports.com that peers into the tactics some schools use to fill their rosters. The University of Alabama has a growing trend that should scare parents and athletes alike. It's being called over-commitment.

No exact numbers are available on over-commitments, although those who track such things put Alabama near the top of the list.

After lambasting the media last year with this...

"You're going to mess up the kids getting opportunities by doing what you're doing," Saban said to reporters. "You think you're helping them, but you're hurting them. You take one case where somebody didn't get the right opportunity, but you need to take the other 100 cases where somebody got an opportunity because of it."

Saban finds himself in the center of the media's sights again, with over-committing.

Joel Erickson of the Ledger-Enquirer, and blog master of The War Eagle Extra posted this article just this week.

For a lot of the kids being courted by colleges across the country, picking a school is the first big decision they’ve ever had to make. Kids all over the country who won’t be playing football in college spent the fall taking visits to colleges, trying to pick the best fit.

A verbal commitment is not a binding contract. At the most, it’s an indication that a recruit really likes Auburn or Georgia or Alabama or Georgia Tech. When a kid changes his mind and pulls out of that commitment, it doesn’t mean there’s any lack of character.

For any recruiter to mislead these kid's with scholarship offers, when they may not exist, is an absolute disgrace. It's one thing to try and sell your school, and tell them that you need them to help you win another championship, and quite another to offer a spot on the roster, and then pull it.

Some parents that are seeing the whole picture, will tell you all about it. Like this post on MomsTeam.com.

But logistics and expense aside, were there other things that were bothering her? As she had told other reporters, she also told me she was upset about the recruiting process and "the politics that surround it." Most worrisome, April said, was that "At ‘Bama they want to red shirt - or grey shirt - him and they want him playing nickleback instead of safety. He is the top safety in the country and he will never play a game his freshman year. Now, at LSU coach Les Miles is offering to play him as safety during his freshman year. His (Nick Saban's) goals don't meet the criteria of the family; they meet the criteria of Alabama."

The recruit mentioned in the story? Landon Collins. Yes that, Landon Collins. His girlfriend allegedly has a job in Nick Saban's office. I wonder what prompted him to verbally commit to Alabama?

Parents need to remember that these are grown men, with college educations, that are masters at their trades. They are dealing with 17-18 year old athletes, and pumping them full of sunshine. Not all of them are acting credible.

Recruiting is an absolute must for every major college football program. How those schools handle that responsibility is what separates the ugly truth, from those that operate above board.

It's no secret that during Brian VanGorder's introductory press conference he mentioned being "thrilled" at the opportunity to be "honest with recruits", during the process.The message being sent wasn't pointed Northward in our state, but to all points of the compass.

It makes me wonder how any parent would let their kids be deceived by the schools that aren't honest and up front with them. Follow the number of players that are getting misled, or grey-shirted, or just told to look elsewhere after their first year in a program. Instead of listening to the sales pitch of the Win/Loss records that are paraded around in living rooms across the country.

My word of advice to the parents and their rising star athlete, Look before you leap!