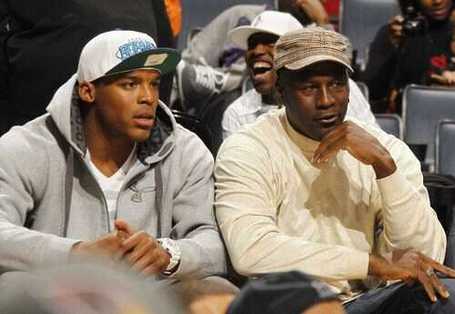 
Where, oh where has my football season gone?

I am no more than a casual observer of the professional game of football. Caring more for how many former Auburn players are on the roster of each NFL team, than anything else at that level.

Did you know that Auburn had another quarterback join the team this week? Ryan Carter apparently spurned a scholarship offer from Illinois, and decided to try out, and walk-on at Auburn. Carter is 6'2" and 184lbs. Carter played for the Hoover Buccaneers.

Diggs was set to announce his decision tonight at 10pm Eastern time. The announcement had been scheduled to be on ComcastSports.net Stefon Diggs is considered one of the top 3 recruits in the country, and has offers from most all of the major schools. He has narrowed his choice down to Florida, Maryland, Ohio State, and Auburn. When he actually will announce is anyone's guess.

Even if you play football for the Michigan State Spartans, the police will pull you over, and search your vehicle.

Bartynski pulled Robinson over on Dec. 22 and Robinson filed the complaint on Dec. 22. Robinson said in the complaint that he was told he was being stopped for suspicion of having needles in his car, an indication of possible drug activity.

Bartynski allowed Robinson to leave the scene without issuing him a ticket. According to mlive.com, Robinson shortly thereafter posted this on his Facebook page:

"All I do is good for my city and try and set an example for the youth in my city of what not to do but for some reason when I come home and try and visit The Bay City Police always wanna stop me and take me out of my car and search me like I am out here selling dope!! UN believable."

About an hour later, Robinson was eating out with friends when Bartynski entered the restaurant and handed Robinson a $120 citation for failure to signal and said, according to Robinson, "Here you go, role model, here’s a ticket…and I like your post on Facebook."

A myriad of wrongs are perpetuated by the officer in question here, and the fact that nothing has been done by his superiors, is at the very least telling about the mindset in that department. It's sad to think in America today, we still have to live with that sort of unethical behavior from those who are sworn to serve and protect.

A playoff is coming...

I just have a few words right now about a playoff in the FBS. The Big 10, or B1G, says "It's about time the fans were heard". Last year the playoff would have included LSU, Bama, Oregon, and Stanford. No chance at a B1G team making it. In 2010, it would have Auburn, Oregon, TCU, and Wisconsin. Will this system ensure that the SEC can maintain it's dominance?

I look forward to your comments on this.

I had to go all the way back to Monday for this selection. After sifting through all the posts and the accompanying comments this week. I made myself a chicken sandwich on at least three different occasions, and no, I did not use jelly for a smother.

I finally came upon this weeks winner from Triumphant Tiger.

there has NEVER been a defending national champion

who has had to deal with such a VENDETTA from our OWN STATE MEDIA! all year long …

I have spent more than enough time on this subject. Our friend however hit the nail rather squarely on the head, and deserves the honors this week.

Have I mentioned that Auburn was a very young football team last season? Okay, okay! You don't all have to yell at once, geesh. I'm going to discuss that youth, and how it relates to recruiting.

First however I want to remind each of you that Pelton has at least two disciples in the NFL as we speak and one is getting some new finger wear, now that the Giants have won the Super Bowl. Demarcus Ware of the Cowboys, and Osi Umenyiora of the Giants.

Gene Chizik and his staff targeted some very specific needs with this class. Most glaring was the addition of 6 offensive linemen. The Tigers coaching staff added some very high quality depth in most positions, including two defensive linemen.

Why were there not more D linemen added? Auburn actually targeted a couple others, and did not land them, and I think I know why.

If I am a recruit, and I visit Auburn, the first thing I would find out is, who do I have to beat out to win some playing time. Then look and see how many players there are in the NFL from that program, which is my ultimate objective. Once I figure that out, then I would comprise a list of what schools, I have the best chance of earning playing time.

You have to remember that these young men are being told that they are the very best, and that they are the missing element every team needs to win a championship. How many recruits hear this line? "You are the guy, that is going to get us another Championship". I would bet every top recruit in the country hears that on over half of their trips. The very top schools, or at least the ones that have won a recent title, will sell the idea that if a player wants to be a champion they need to pick that school.

Auburn has talent, experience, and youth in it's favor. Next season should yield a very formidable defensive line, with no room for rookies. Until graduation takes it toll on that group, the top recruits won't choose Auburn. They don't think they are redshirt material, when in fact, most true freshmen defensive linemen never see the field.